The very first question that will come on anyone’s mind is – Why we will opt for Installing WordPress via localhost Virtualization on Guest OS, when various solutions for installing WordPress on localhost is available. The major reason is; we need not to have install the server components on our Mac, Windows or Linux PC. That means, we do not have to think about whether any unnecessary process or daemon is / are running while we are actually not using WordPress. Another point is security. As the port 80 becomes open; i.e. accessible to anyone publicly over Internet with the static IP or IP range, it is actually a security risk, as we are actually not using a server, there are files, folders and information which needs more care than a server.

Although the security needed is more for Windows OS than OS X, FreeBSD or Linux; it is great idea to use this method whenever possible. Third point is, you can keep the installations version wise separate by saving the image files with different names. For development, this is a great feature, indeed. 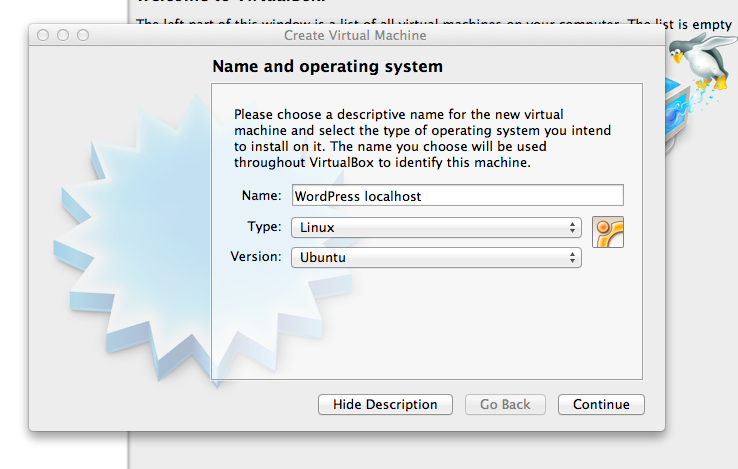 There is a free and good software for running any guest on via Virtualization on your virtualization enabled processor. Most newer Macs satisfies this criteria. The software is VirtualBox :

You are running the Host Operating System, so download the version according to your Operating System. Install it normally like a software. Download Ubuntu Linux (12.04 LTS preferred for now, obviously you can use 12.10 or higher) :

It is an iso image of desktop version of Ubuntu Linux. Watch this video on how to run Ubuntu using VirtualBox :

Although this is shown on Mac, the basic thing is same for any Operating System. So, this part is done. Now you have to make your Ubuntu running inside VirtualBox running WordPress. That part is nothing, but simply installing WordPress on localhost like we wrote a guide on that topic before.