Local area network or LAN is the interconnection of one or more computers and peripherals. Formerly its extent was limited physically to a building or an environment of 200 meters with repeaters that could reach a distance of 1 kilometer radius, however now thanks to improved with wireless networks and increased privatization of satellites, it is now common to separate the building complexes that maintain a more wider local area network. Its wider application is the interconnection of personal computers and workstations in offices, factories etc.

The first Local Area Network were the same as used mainframes and attached terminals. With the emergence of a new solution (Netware), which offered fair stand for more than forty types of existing cards, cables and operating systems much more sophisticated than that offered by most competitors. Netware dominated the field of LAN of personal computers until the mid- 1990s , when Microsoft introduced Windows NT Advanced Server and Windows for Workgroups.

Advantages and Features of Local Area Network or LAN

In a company there are often many interconnected computers, which need their own printer to print reports, data stored in one of the teams is likely to be needed in another computer company, disk storage resources can be multiplied (data redundancy), computers that work with the same data should have the same programs to handle such data (redundancy software ), etc. These are the basic needs. The solution to these problems is called local area network. 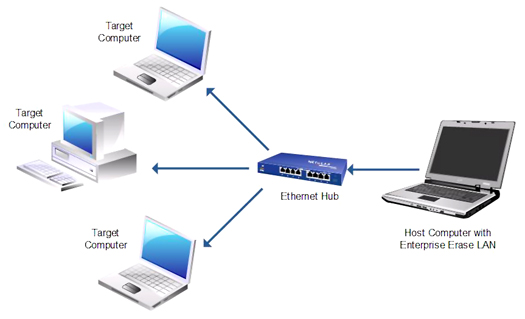