Multimeter is a handheld electric instrument to directly measure active electrical quantities such as Voltage, Current and Resistance or has other capabilities. The measurements can be performed for direct or alternating current and in various measuring ranges for each. The analog multimeter variant was initially used and subsequently digital multimeter has been introduced, whose function is basically the same with some variations.

Multimeter is a very versatile device, which is based on the use of a measuring instrument – a very sensitive galvanometer that is used for all the determinations. To measure each of the electrical quantities, the galvanometer must be completed with a particular electric circuit.

A multimeter consists of the following elements : a multi-scale mounted moving single needle to read the values ??of different magnitudes in different ranges. A switch lets the user to change the function of the multimeter to act as a meter in all variation and ranges.

The position of the switch is selected in each case and the internal circuit is associated either digitally or mechanically for the intended measurement. Two or more electrical terminals or probes with color codes are supplied for connecting the meter to the external circuits or components whose values ??are intended to be measured.

The probes or terminals usually have two colors to facilitate the correct connection to the external components. When measuring DC, red is usually the positive (or +) and the black is negative (or potential -).

The multimeter, be it digital or analog is provided with an internal battery in order to measure the passive magnitudes. It also has a zero adjustment for the needle which is required for measurement of resistance measurement.

All follows the basic principles of physics in a combined way. As it is a combined device, usually proper minimal training is required for its usage. 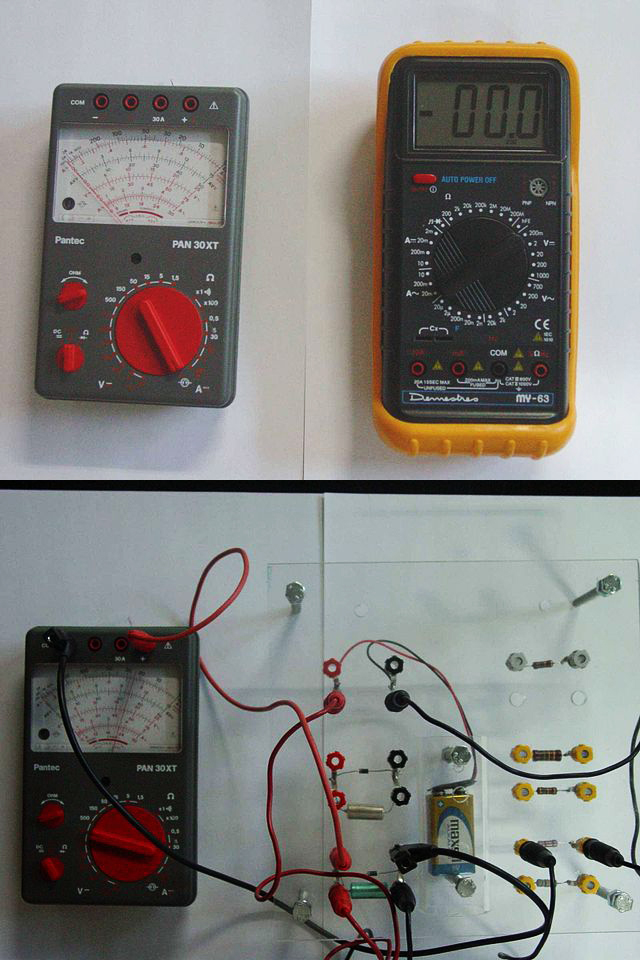 Common Functions of a typical Multimeter

Analog Multimeter or DMM is the common model we usually see, that one which has red and black probe. More rarely found multimeters can also perform more advanced functions such as pp Multimeters. It has a caliper like clip like loop. They are used for detecting the intermediate frequency of an apparatus or the amperage while in action (to check the practical ‘current’ consumed for example by a refrigerator).