OS X Terminal Transparency, Themes and Syntax Highlighting has been easier to manage with OS X 10.8.3. Here are some tips to get your Terminal looking nice. First thing is that, those who used iTerm before, many continued using the unofficial next version of iTerm as iTerm2. The basic reason probably for all was the look and easy to customize features. However, with the latest version, almost all the eye candy features are availble on Terminal. Probably there are very less number of users who uses iTerm2 for the ZSH (rather OH My ZSH) shell, still it can be changed from Bash to ZSH too.

The first and most important thing is that, this an user driven article. The reason is, Robin from UK asked via contact us form; that whether we will be publishing any tweaking or sort of customization guide for NEW Terminal, like we have for iTerm2. After noticing the word NEW, I understood, perhaps there are some changes in OS X 10.8.3. To be honest, I forgot to use Terminal after the advent of iTerm2.

Reason to write these foreword is – if anything needs to be added, please comment on Google Plus or here. I am not responsible for my lack of knowledge for Terminal’s progress history !

UNIX is a tougher topic, Plus there is Apple’s modification. There are quite knowledgeable readers of this website (I like them really) and meaningless to claim myself an UNIX expert. It is really not Windows OS that one can easily get a MVP batch via oiling a machinery of promoting.

The things with iTerm2 published and related to this article are :

The reason to link the older iTerm2 related articles are nothing but the reason I mentioned above – I do not work from Terminal but iTerm2. As OS X got updated with everything, it is not possible for me to exactly point out, which has been added or rather which packages you will need to install separately. Regarding the guide on Syntax Highlighting in Vim inside iTerm2, the codes provided has more functions which has not been written / documented there. Despite the promise in response to one comment (rather idea) on Google Plus, I got no time to update it. Plus, that is a different alternative way, you can use the standard UNIX way if you want.

Like we wrote in the article on Customize iTerm2 with Color Schemes, Syntax Highlighting, you can actually get all the features on Terminal : 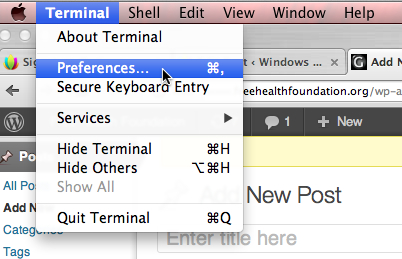 So, go to Preferences option window like shown in the above screenshot. 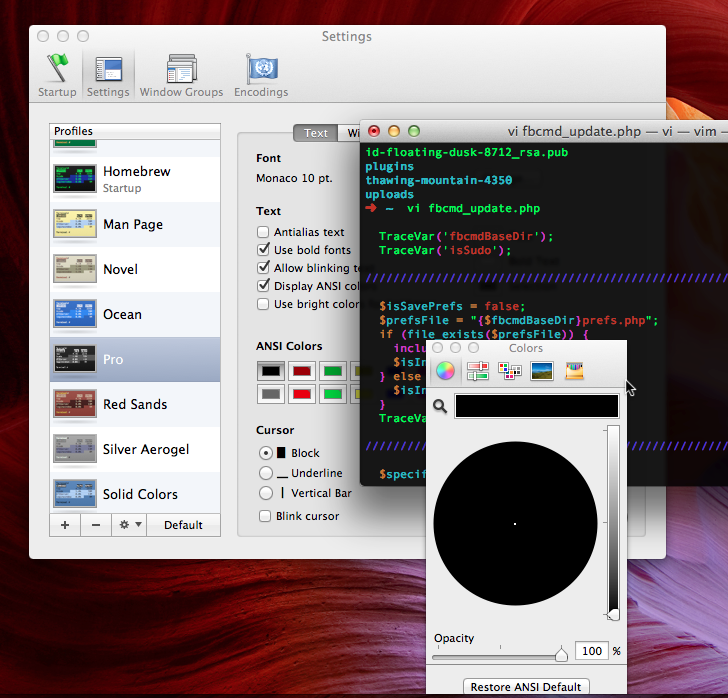 The above screenshot is possibly self explanatory instead of writing a bigger textual description. What is important is that, you need to select the option of theme selection from Startup tab group, it is not the current Window that is shown on the screenshot. Second thing is that; you have to restart Terminal application to see the changes.