Advertisement
You are here: Home » Remodeling in the Data Center and Integrated Systems
Advertisement

Remodeling in the Data Center is the result from pressure from all sides and Integrated Systems are booming to seek low-cost, higher performance, easier model. Only five percent of the world’s all data centers currently have a advanced virtualization and Cloud computing SLA compatible infrastructure. The pressure of big data is increasing. Storage market is becoming a big market too. Remodeling in Data Center is a need now and it is actually leading to a better way.

Remodeling in the Data Center and The Concepts

Low-cost, higher performance, easier to administer and more flexibly – this is what a data center should be today, because the pressure on the IT manager is growing : Employees require fast and mobile access – including data, services and applications that are not part of the core applications of the company. The required memory does not provide fast performance enough, the click is driving to Dropbox – the IT managers job is over – the fear is not far off. Hunger for storage has no limits, may be due to huge uploads or linking to social networking websites or uploading their whole hard disk for backup. Whether it is safe or unsafe that is a different question, but this is the fact. 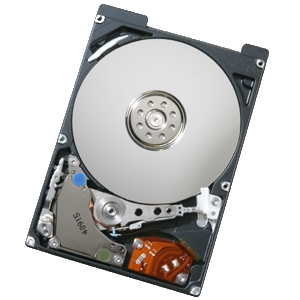 To prevent this uncontrolled growth of consumer market or rather the hunger for storage, IT managers are increasingly using third party services like Dropbox and third party hosted apps from the other companies. This approach works only if the administrator has to offer alternatives to the users. Just because employees from the departments will continue to receive an even greater role in IT decisions in the next five years. The market research firms estimated once that by 2017, the IT budgets of the departments, especially the marketing and sales managers, of the companies will be greater than that of the estimated varues by CIO. The users now drives the IT. For that reason, the pressure on IT departments will continue to rise.

To make the matters worse, the responsibility for the servers, storage, network, security and applications located in larger companies are basically going in to different hands. This leads to internal friction. The need of server, 5 years ago was a kind of different, than that of today.

Remodeling in the Data Center and Integrated Systems

The data centers are now combining the matched, tested, virtualized storage, server, network and virtualization components, partly middleware and application software in a prefabricated way, with a central management unit. Partly also pre-defined templates with automated configurations are stored there, such as for server, network and storage resources or applications.

And last but not least is the fact that cloud is casting its shadow. Because ideally, these architectures provide the basis for providing the functions of a private cloud, with connection to the public cloud. With pre-configured reference architectures all ongoing administrative and support tasks has to be solved by a single central point. Moreover, the easy-to-use storage platforms support high scalability and thus the data growth of the customer. If these integrated systems promise so many advantages, they would have to enforce a breeze. But the share of total sales in the data center segment is still relatively small. That is a different set of points which demands another article to discuss about the remodeling in the Data Center and the limitations.

Articles Related to Remodeling in the Data Center and Integrated Systems