Citrix acquired the domain cloud.com in July 2011 for a startup based out of Cupertino which later is available as Apache CloudStack. The domain acquiring process itself became a big news at that time. However, the domain remained in the same condition with a blue colored webform.

Citrix is known for support and collaboration software, such as GoToMeeting and GoToAssist, but the company has expanded over time garnering even in virtualization services and entering into the cloud business such as XenServer, CloudGateway, CloudPortal and others. Citrix In 2011 has acquired the domain name Cloud.com. First, the company prevaricated about using this domain, in 2012, it seemed that the company has a project in mind.

The domain was registered in 2000 and is currently registered until December 2017. For now, Citrix has not provided much information about what their plans and the Twitter account that bears the name of the domain has released the latest post on April 3, when the company proclaimed, “We’re hiring Ruby on Rails Ninjas for an awesome new product. Any candidates out there? Drop us a note.”

For now, the site was simply a modified webpage that announces “A new Cloud is on the horizon” and allows you to enter your email address to receive information in the future and possibly access to the service, once it is active. It is impossible to say what Citrix has in mind at this point, they deleted their old FAQ page on the domain. But it is generally accepted fact that Apache CloudStack was the original project for cloud.com 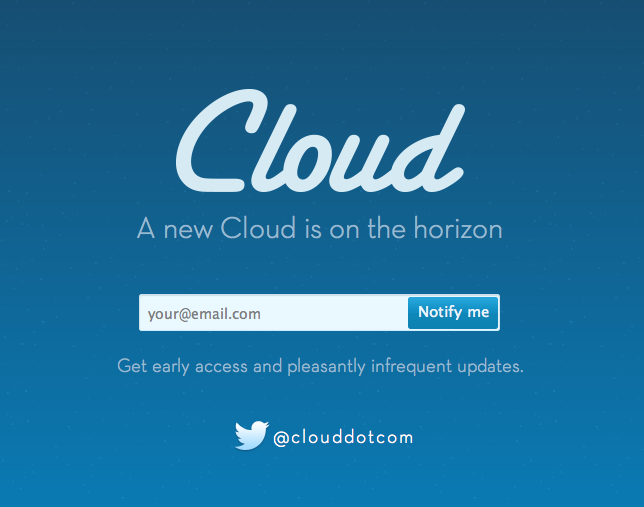 CloudStack is open source cloud computing software for creating, managing, and deploying cloud services. It uses hypervisors such as KVM, vSphere, and XenServer/XCP for virtualization. In addition to its own API, CloudStack also supports the Amazon Web Services (AWS) API.

The Register wrote in 12th July 2012 – “The deal is believed to be worth $500m” in an article named “Citrix swallows OpenStack ally Cloud.com“.

If you think carefully, is not it a abuse of domain name system ? How many exact match domains are actually successful in online business ? Yes, its kind of rare. Whether Apache CloudStack is good or bad project that is a separate question; the old way of thought that people will type a word and then type dot, then com, possibly has very less to do with business itself.

This Article Has Been Shared 222 Times!

Articles Related to Citrix and the domain cloud.com