There are some important points to mention before going to do a direct listing for our Top 10 Cloud Storage in 2013 list. Often the providers of storage in the cloud offers in addition to pure storage or the backup data, some other functions that help to facilitate the daily work. So documents can be shared with multiple people to work together. Some providers provides the restore function with one click. Of course bring innovative with techniques has disadvantages. With a storage capacity of outsourcing to an external provider creates a certain dependency. Also opt for an encrypted data storage.

Livedrive : Since 2008, Livedrive offers an online storage for consumers, the outstanding build features and generous storage space at a lower price. In 2011 Livedrive started its product for enterprise customers and also provide excellent value and extensive storage space of least 2,000 GB. All data is hosted in its own data centers in London, where there is also the headquarters of Livedrive is located. For Windows and Mac, there is a client software which integrates the cloud directly as a network drive in your computer. Data are available on request and synchronized immediately with the online storage when it changes. All users can be administered centrally, for example, the storage space and the access rights of each user can be set. All data is transferred with SSL encryption , even on the Livedrive servers files are stored encrypted with AES 256-bit. 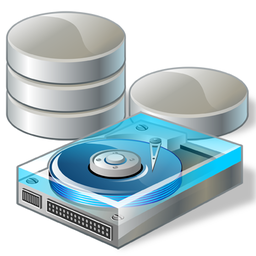 You will see that, we can use it for hosting websites, serving streaming media etc.

DropBox : With more than 100 million users, Dropbox is the worldwide leader in online stores. Private customers can save in dropbox since 2008 data. The product for enterprise customers was launched in 2011. The transfer of data between the computer and the cloud is SSL-encrypted files on the servers are secured with AES 256-bit encryption. To protect the data, in addition, user can set up a “two-factor authentication”. We have lot of tutorials on DropBox too – please use the search function on the top right of this webpage to search like we said for Rackspace Cloud Files.

Cloud safe : Cloud-Safe is an independent German provider of online storage, the solution of which is specifically designed for the needs of a secure document exchange. The entire file exchange is organized in so-called safe, as it is in a self-contained unit with individual access rights. In the paid versions of the product, unlimited number of safe directories can be created.. A group administration may grant several people the same access rights.

Wuala : Co-developed by the Swiss Federal Institute of Technology (ETH) in Zurich is Wuala launched in 2011 with its offering for business customers, since 2008, have access to private cloud service. Since 2009 belongs to Wuala LaCie, a French-American manufacturer of storage solutions. The offer is worth noting that data is first encrypted locally on the computer before it is transmitted over an encrypted connection also. Wuala operates data centers in Germany, Switzerland and France.

Strato : Strato is focused since 2010 on the market for online storage and with its product HiDrive in retail banking business in European countries. Since 2011 HiDrive Pro is a special offer for enterprise use. Strato backs up all data in its own data centers across Europe and provides data security and protection to the forefront of its offering. With large amounts of data it is a very useful service. SSL 256-bit encryption is available. Client software available for Windows, Mac and Linux online store is directly involved as a drive in the computer.

Box : Box is a market leader for online storage for corporate use and has a very mature and functional solution. Windows and Mac users can integrate the online storage via a client software directly into the computer and synchronize the directories. The data is transmitted over an encrypted SSL connection to the server with 256-bit AES encryption and files are stored encrypted. In addition, the client software can be accessed at any time the data stored in the cloud via a web page and apps for iOS, Android and Windows.

SugarSync : SugarSync is one of the most active persecutors of the market leader Dropbox. The product for enterprise customers was launched in 2011. Particularly noteworthy are the excellent user guidance and the extensive features of the product. The client software is easy to install and can sync any directory. The data transmission is SSL encrypted. In addition, the data on the servers is also encrypted with 128-bit AES.

Trend Micro : For Windows and Mac SafeSync offers a client software, so that the selective synchronization of directories with the cloud is possible, so it can be an existing directory structure in the cloud are mapped. Using the iOS and Android apps, the user always has access to the mobile company data, in addition SafeSync can be integrated using the WebDAV protocol flexibility in applications.

Google Cloud Storage : “Store, access and manage your data on Google™s storage infrastructure. Take advantage of the scale and efficiency Google has built over the years.”

There are many Cloud Storage Services those can be listed. But from various points we covered the services across the globe.