Advertisement
You are here: Home » Virtualization : Essential Before Moving to Cloud Computing
Advertisement

Virtualization is the most important part before adopting cloud computing solutions as at least for basic IT services deployment of virtualization is important. Virtualization does not seem to always be so easy to adopt in the company, among the factors that hinder there is also a lack of information that stops as much of 37%, 63% fear the start-up costs of the transition to virtualization and among that 41% see virtualization as an doubtful investment.

For brands like VMware obviously this is a very important part of the success of cloud computing in the enterprise level is mainly passing the adoption of virtualization technology this for years now but still not perceived by everyone in the enterprise. Virtualization is obviously the essential step for moving to the cloud : it is unthinkable to install private cloud services in the enterprise level without having any virtualized machine and all have to deal with this step, both from the technical point of view, the difficulty to goes from totally physical infrastructure to cloud, both as a matter of mindset and approach: it is unthinkable to provide staff with business, IT and non-cloud tools when they have not yet faced a gradual transition to virtualization.

The term Virtualization means the creation of a virtual computational resource which normally supplied physically as a hardware platform with an operating system and a storage device or a network resource. The operating system of a computer provides a separation between the physical resources available and their use by the user, through the creation of the logical components to a higher abstraction layer. Virtualization operates a function logically similar, constructing a plurality of logical perspectives on physical resources, each of which can be used to interact with a particular user as needed. Virtualization constructs an isomorphism between the virtual and the real system. 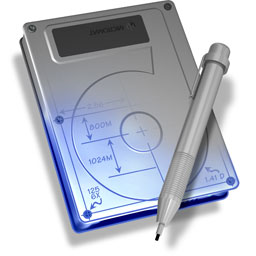 Articles Related to Virtualization : Essential Before Moving to Cloud Computing