Advertisement
You are here: Home » Protection of Sensitive Data in the Cloud
Advertisement

Protection of Sensitive Data in the Cloud is the key factor which determines the adoption of cloud services. Additional procedures are required for the process. But to protect a cloud environment effectively, it requires additional procedures such as identity and access management. Data Loss Prevention and Encryption must also be taken into account in the cloud. However, most study do not differentiate between private, public and hybrid cloud environments in context of protection of sensitive Data in the Cloud.

Protection of Sensitive Data in the Cloud : Criminals has discovered Cloud as a worthwhile resource

It is not surprising that the cybercriminals have been identified cloud infrastructures as worthy goal both to use and attack. A study of IT security firm questioned the providers of public cloud services and users of private clouds on cloud security in 2012 on the role of Cybercriminals on Protection of Sensitive Data in the Cloud. As an unfortunate result – attacks on cloud computing services have increased dramatically over the past twelve months. However, the targeted attacks on individual companies and public institutions, according to the analysis are rarely observed. It is dominated by widespread attacks, as well as the sending of spam emails. About 40 percent of the companies surveyed are in the opinion that the currently existing cloud offerings do not meet the security requirements desired by the customer. The suspicion is not unfounded, as another study shows.

Protection of Sensitive Data in the Cloud : Private Cloud Scenario

Companies introducing their own services operate safer than the companies relying on third party cloud service providers. Thus, private clouds are more frequently attacked than to the infrastructure by third party providers. Especially popular vulnerabilities are scans, attacks on web applications using SQL Injection and brute force attacks to get the passwords of the users and system administrators. One third of the attacks on cloud infrastructures is launched from computers in the United States, 16 percent in China. Why cloud environments of business are under attack, it is not clear from the studies. One reason could be that the cyber criminals are considered cloud computing data centers operated by service providers are better protected than the corporate networks. 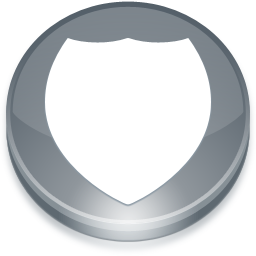 The key points of a cloud security approach are the

A cloud computing environment is characterized by decoupling of IT resources of the physical infrastructure, virtualization keyword. Virtual machines with operating systems, applications and data can be almost at will in a cloud infrastructure back and forth – in the cloud or between private and public clouds. In terms of security, this means that IT security functions have to provide as flexible best solution also. In the form of VMs In this case, for example, anti-virus and access control programs are implemented as virtual security appliances on the respective hosts.

To protect the infrastructure, i.e. hypervisor management server and application programming interfaces (API), for example, solutions like Symantec Protection Suite and VMware Shield is good to use, also software appliances such as Intel’s ESG are important. With Intel Expressway Service Gateway, an administrator can monitor and manage cloud APIs. It is important that they can centralize security and management tasks, such as patching, making backups, implementing security rules and automate the configuration management. This also applies to the exchange of a workload from a private to a public or hybrid cloud.

The protection of business-critical data is a key element in a cloud environment. This applies to information stored on a server or storage system, also for the transport of data, such as from the corporate network to a cloud service provider. When exchanging data between a company and the cloud service provider is also important to ensure that a secure connection be used, such as IPsec or SSL VPNs.

We have a separate article on Security in the Cloud, which is definitely a sort of supplementary guide of this article on Protection of Sensitive Data in the Cloud.

This Article Has Been Shared 926 Times!

Articles Related to Protection of Sensitive Data in the Cloud