You need to know, the basic HTML editing and to some extent CSS and js. We will show a quick and first way to Edit and customize the demo pages of the download in this Twitter Bootstrap Guide, so that any novice users can follow it. Clearly know – this is basically not the way to use Twitter Bootstrap. It is intended that the more extensive the components are installed to create new designs. A couple of example from our website, look at this webpage, which is itself a tool :
Responsive Design Testing Tool
That is basically a modified form of original project :

You need to know some basics of HTML and CSS. Search with HTML Basics, CSS Basics in Google Web Search for very easy guide. It will be too much offtopic if we go in to each of the details. w3schools.com, html.net are age old websites for the basics.

Now you have downloaded the full package of Twitter Bootstrap. First uncompress on your local computer. You will find an Example folder inside : 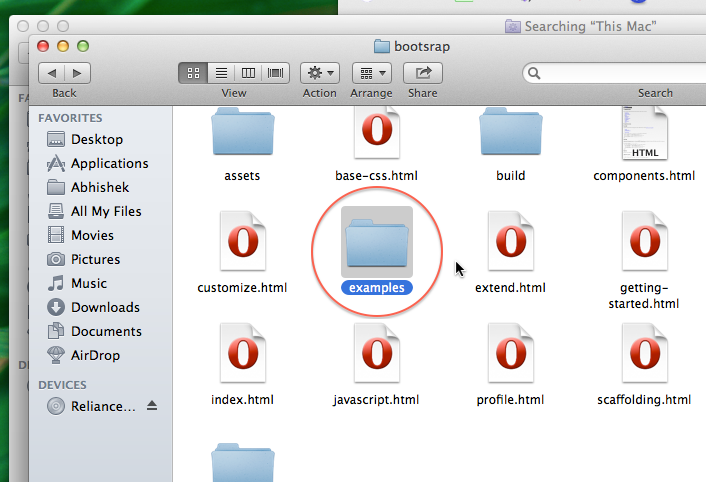 If you open the folder, you will see a lot of files ending with .html extension – these are :

So, practically; you need not the whole folder of uncompressed one, but few. Unfortunately it can be tougher for you to choose which folders are not required. Leave it as it is. If you double click or open any of these .html file, they will open as if a webpage in your local computer.

But you need to customize it. First, the Windows users need a good code / text editing software like Gedit. There are lot of great free tools for OS X and Linux users apart from Gedit.

Adobe Dreamweaver is one of the best WYSIWYG editor (WYSIWYG editor is a system in which content both text and graphics, are displayed onscreen during editing appears in a form closely corresponding to the code editing). Coda is pretty good for OS X, though paid. This a fine thing for you :

But, nothing actually can replace hand coding. You ultimately either from the beginning or later will need to open the .html files in Gedit like editors : 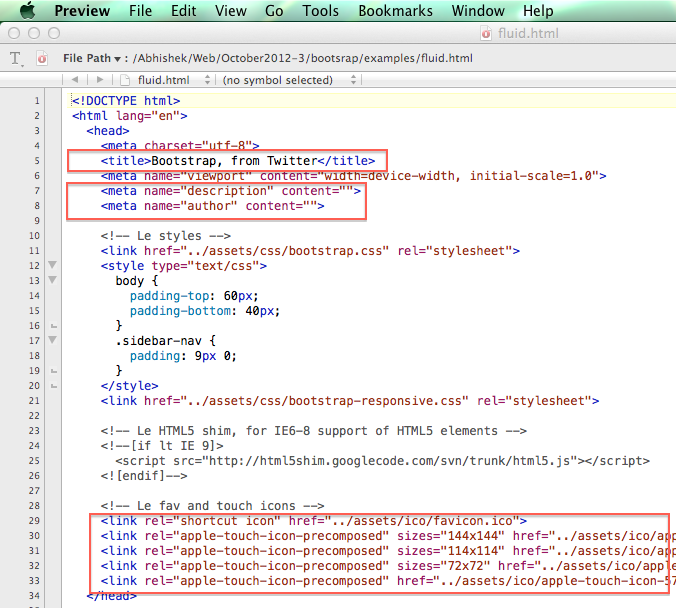 For example, you will need to edit the things within red blocks. Example can be this block of text :

This basically not the intended named menu. Project name, for example; should be changed to your real project. Edit it, save it and then open it in your browser to see the changes.

This Article Has Been Shared 583 Times!