Online Security and BigData becoming a concern as the massive cyber attacks to the internet banking portals has unleashed the inability to defend. Numerous financial groups, has failed to prevent the collapse, albeit temporary, their sites. Not only that, 2012 showed that the infrastructure and tools at the disposal of cybercriminals have changed substantially. Also multiple targeted attack at the same time has become a much simpler task paradoxically, thanks to advances in technology. We are referring in particular to the increase in connection speed, the rise of 4G for mobile and spread of attack tools which are very similar to video-game.

Not to be underestimated it is an emerging trend, last year we have seen many cases where cyber criminals have managed to shift the focus of the media. But we must be careful – it is clear that behind such actions not always a cause (right or wrong) is concealed and often the goals are purely fraudulent and ideology of being ‘hactivist’ is just a convenient excuse. As a result, in 2014, the financial sector will have to consider the measures to protect the most effective ways and most importantly, identify a set of alternatives (one for all, the security issues of cloud) to ensure the continuity and safety of the services offered through their website. 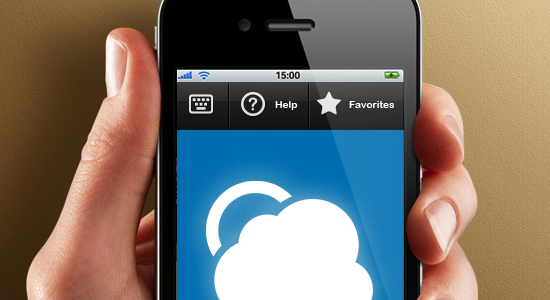 Past few months have been characterized by showering of a plethora of mobile banking app, which is common both to the small banking groups to the biggest one. Paying bills, checking the balance remotely and numerous other features that just a year ago they were considered ‘advanced’ today are taken granted as usual and the surprise is that, often, the smaller groups is the pioneers.

Objective of 2013 will be to pursue the path of innovation, however, differentiating their mobile app from that of the competitors. How? The key is the customer engagement, i.e. trying to ensure that customers can use their app more often and for a longer than average time. For example, think a login-free app, that is; that allow you to access your account without the need for user name or password. Just as the competitor in mobile world, it is reasonable to think that, once this solution will be adopted by a couple of banks, the followers will not fail and therefore we could face the next ‘must have’ in the industry. Finally, allocating the mobile apps with a limited set of functions is no longer sufficient or acceptable : in 2013 the segment will finally be ready to make the quantum leap for some years now, that is they will be ready to accommodate all the features that traditionally served via the web.

Online Security and BigData : Harnessing Big Data to your advantage

Big data – much ado about nothing? Certainly not in 2013, the year in which there is a possible turning point. For issues related to the privacy of users, a factor so important in a field such as finance, can not be excluded in the field of security, to ensure greater consumer protection. The task of financial institutions should be to evaluated and understand how to use usage patterns and user behavior are used to benefit the users keeping the safety of their websites and customer accounts.