Advertisement
You are here: Home » LaTeX – Details and Softwares for using LaTeX
Advertisement

LaTeX is a typesetting system for document preparation and works as document markup language. LaTeX uses the TeX typesetting program for formatting the output. Previously we wrote about Markdown Syntax, LaTeX is geared especially towards the creation of books, scientific and technical documents containing mathematical formulas. LaTeX is pronounced like Lahtekh. T, E, X in the name are capital Greek letters – tau, epsilon and chi. LaTeX is composed of a large set of macros for TeX, written by Leslie Lamport in 1984 with the intention of facilitating the use of language typesetting created by Donald Knuth. It is widely used for composing academic papers, theses and technical books, as the typographic quality of the documents produced with LaTeX is comparable to that of a first-line scientific publishing. LaTeX is free software.

Only the basic details of LaTeX will be discussed here. For more details, the official longer documentations are suitable due to complex mathematical formulas. As we said, LaTeX is a typesetting system which is composed mainly of orders built from command TeX – a “low level” language, in the sense that their past actions are very elementary, but with the added benefit of capabilities of TeX using specific commands described in The TeXbook. This is what turns LaTeX into a practical and useful tool because of ease of use joins the power of TeX . These features made LaTeX spreading rapidly among a large sector scientific and technical users, to the point of becoming mandatory use in communications and conferences and is required by certain magazines to deliver academic articles.

LaTeX work presupposes a philosophy which is different from usual word processors (known as WYSIWYG, that is, “what you see is what you get”) and is based on commands. Traditionally, this aspect has been considered a disadvantage (probably the only). However, LaTeX, unlike WYSIWYG text processors allows a document writer to focus solely on the content without having to worry about the details of the format. In addition to its graphical capabilities to represent equations, complicated formulas, scientific notation and even music, it can easily structure the document (with chapters, sections, notes, bibliography, analytical indexes, etc.). Which provides comfort and makes it useful for articles academic and technical books.

The way LaTeX interprets the “form” is by using tags. For example, documentclass{article} tells LaTeX that the document is to be processed as an article. It may seem strange that today to use something that is not WYSIWYG, but the features of LaTeX are still are many and varied. There are also several tools (applications) that help a person to write these documents in a more visual ( LyX , TeXmacs and others) way. These tools are called WYSIWYM (“what you see is what you mean”). 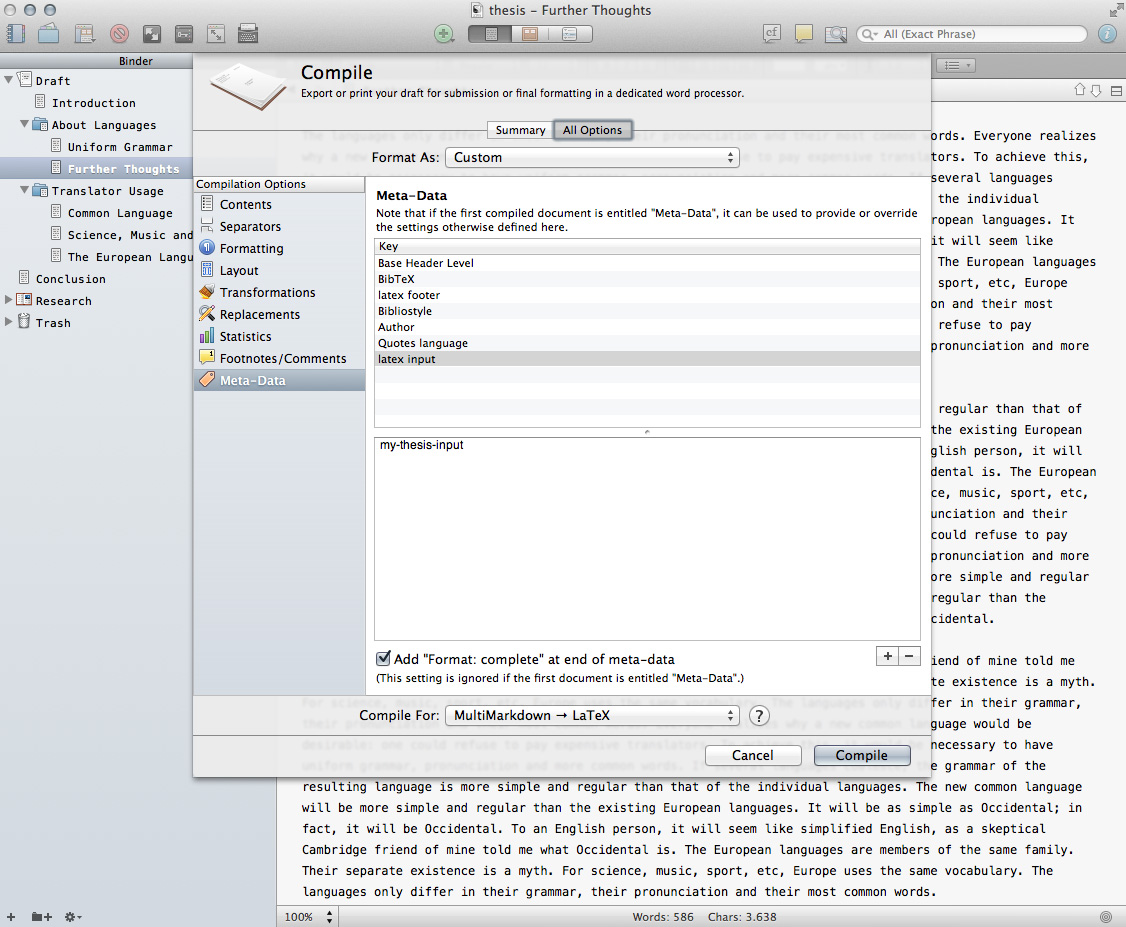 One advantage of LaTeX is that, the solution offered is always the same, regardless of the device (printer, screen, etc.) or operating system (MS Windows, Mac OS and OS X , UNIX, GNU Linux etc.) and can be exported from one source to many formats such as Postscript, PDF, SGML, HTML, RTF etc. There are distributions and IDEs for LaTeX for all most common operating systems, which include everything you need to work.

This Article Has Been Shared 362 Times!

Articles Related to LaTeX – Details and Softwares for using LaTeX