Basics of Cloud Computing is possibly mandatory to understand by any level of user today for the sake of Privacy and Security. So far, no standard definition of Cloud Computing could generally could be accepted. There are commonly used definitions that are similar, but they vary at various points. A definition that is most often used in professional circles, is the definition of the U.S. standardization body NIST – Cloud computing is a model that allows on demand, anytime, anywhere convenient access to a shared pool of configurable computing resources (e.g. networks, servers, storage, applications, and services) quickly and with minimal management effort via a network.

So far this definition goes, this definition make no sense to an average user. This is why, we have written this article on basics of Cloud Computing, despite the fact that we have enough articles, videos on what is Cloud Computing itself. Some emerging Internet companies such as Google, Yahoo and Amazon altogether accepted the coined the concept of cloud computing significantly. For cloud computing, the soil was prepared to start on late 90s and beginning of the new millennium, good internet based business could invest on this. Just at this time, the available bandwidth for high speed and universal standards for software compatibility were developed. Salesforce.com appeared in 1999 at the scene and was the first website to offer business applications via – exactly what is now called cloud computing. In 2002, Amazon.com launched Amazon Web Services. Thus, users had the option to store data. Facebook was founded in 2004, which revolutionized the way how users communicate with each other and handle their own data, such as photos and videos. The cloud was thereby inadvertently went to a personal space. In 2006, Amazon expanded their cloud services. At the beginning of this effort was Elastic Compute Cloud (EC2). Using EC2 customers could access a computer and run their own applications entirely in the cloud. This was followed by Simple Storage Service (S3). With this technology, the pay-as-you-go model was introduced for both users and the industry as a whole, which basically acts as a standard procedure now. Rackspace became a prominent model at the end of 2010, who started as Mosso Cloud. What Rackspace did is introducing the Open Source Model for the Cloud Computing software through Open Stack project. Until then, PaaS went Open Source Model. Later, Red Hat, a leader in Linux industry fully opened their gun out – Open Shift. Notably, Apple never made their Cloud Services open to all, but only for their device users. Whereas Microsoft tried their level best to promote their own services, which apparently failed to compete on this open market. Rackspace and Google cornered two giants – Microsoft and IBM. This is the history in brief up to end of 2013. 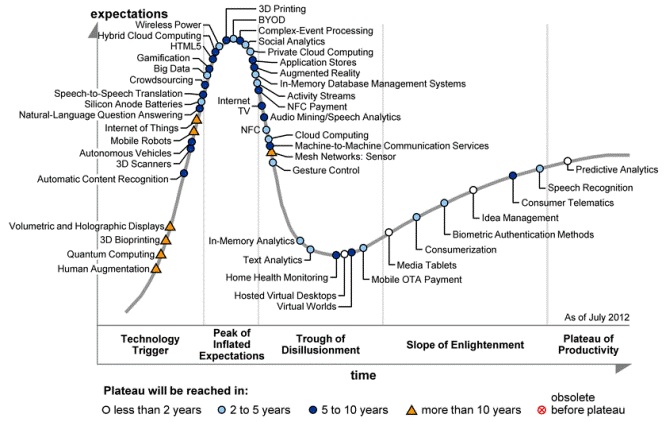 On-demand self-service : The cloud services can be used without human interaction with each service provider as required and automatically. It is not even running on the users’ side or provided on site but is hired as a service from a provider that is often located geographically in a remote location.

Broad network access : The access to the remote systems is possible via a network such as the Internet or intranet.

Resource pooling : The resources of the cloud provider to cloud users are bundled to meet their needs provided dynamically. The user has no control nor the knowledge of how the services are offered to them are geographically located.

Rapid elasticity : The necessary resources are available in a fast and flexible (in some cases automatically) manner to the cloud user as required.

Measured service : The cloud systems have built-in control and measurement functions of the consumption of resources. As a result, both parties – both the cloud provider and the cloud user to ensure appropriate transparency in relation to the utilized services.

To own a cloud solution is to implement various factors are needed like rapid provisioning, resources on own data center and is quite costly affair. When we say about using Cloud Computing, we generally indicate towards the usage one of three service models – IaaS, PaaS or SaaS.

This Article Has Been Shared 326 Times!