Google+ Custom URL email request gave us time to do some research as we received two emails one is regular email and one for Google Apps for one person. Obviously, none of them are created deliberately – one is associated with AdWords, AdSense accounts and the another is this domain’s one email which is binded with Google Apps. It is quite obvious, only one was taken / claimed. Other email was not clicked to open. For experimentation, we opened the email’s url and found quite interesting things. The person for whom the emails were sent is my father.
Previously, we wrote about Google Plus Custom URL with a small details. This will show more about Google+ Custom URL which possibly none have shown you. By the time of writing, I have not received any such email or pop-up for me, I am not sure what the wrong I did ! 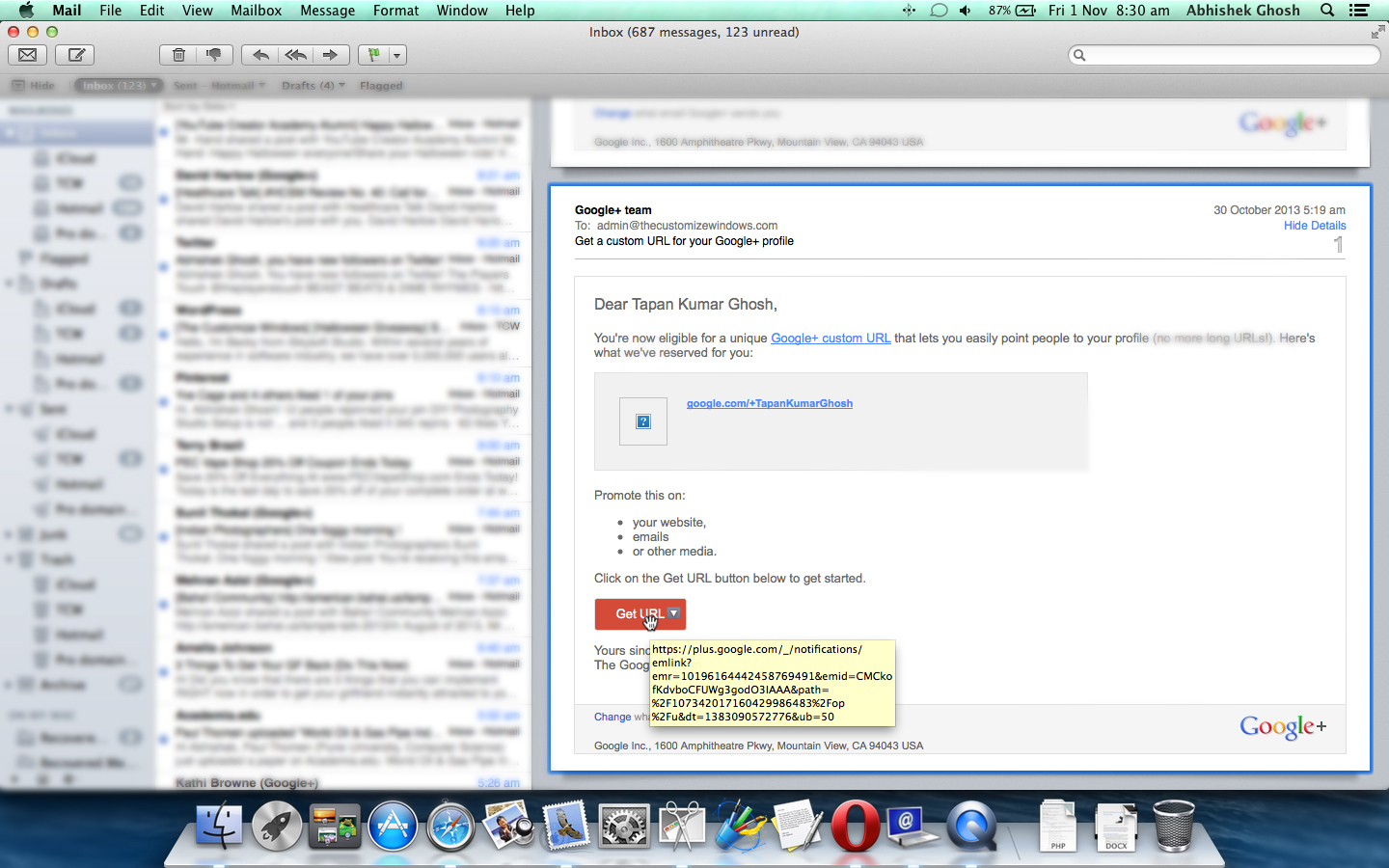 Second part is about our “Interesting Findings”. We tried few names which still has not received any such request email. Probably that part is showing – Google+ has some per-defined fixed Google+ Custom URL in their list – one can not claim them. In that way, I understood, mine one possibly under processing.

As we got time in hand – as nobody looks at anything after getting such email, hastily clicks to get the claimed one, that is why we actually could do the things in kind of slow motion.

So, here is a nice video explaining why +Abhishek, +AbhishekGhosh are not available – because simply they are under processing by Google team.

This Article Has Been Shared 257 Times!