WordPress and Paid GNU GPL Themes combination is always a matter of debate. Here is some clarification about the Paid Themes and Paid GNU GPL Themes as a whole. The question arose as one visitor from WordPress dot org Forum bounced from the forum and hit us a direct email asking for clarifying the practical part as we on that thread declined to provide any support/help for a paid theme. It was decided in make dot wordpress dot org beforehand, that volunteer of any level (member or moderator) can decline to support for any commercial theme as a whole. The basic issue was, the particular Theme was buggy and official support by the individual theme developer was next to nothing. Again,the WordPress and Paid GNU GPL Themes combination, a matter as a whole is long standing debate to be officially present in the WordPress official repository. First important thing is that – not all paid WordPress Themes are under GNU GPL. Secondly, WordPress uses GNU GPL 2.0 with the phrase after the version 2.0 ‘or later’. WordPress itself under GNU GPL and is listed in FSF’s software repository. It is quite hard to be on the FSF’s software repository – Debian is not in the list, many softwares are not in the list because all points are checked including the codes. The case of Debian is different – the checking is more intense for sure.

For the paid non GNU GPL WordPress Themes, practically there is nothing to do with the Licensing part. They are definitely not open source, forget to be GPL. The minute difference of GPL 3.0 with Open Source is purely ethical. A patented material can be released under GPL by the original creator. GPL is a type of Open Source License :

As a webmaster (neutral gender) you obviously will select the best hand coded Theme possible – this is very practical part. As you are not Richard M. Stallman, you need not to follow the ethical part of GNU itself. You can use a premium plugin, premium theme. The peoples who provide support in WordPress, can not support them, simply because you are paying for the support. Most importantly, you have bought with your own responsibility.
This is where it is important to understand which paid themes are good. Usually it is taken that; StudioPress Genesis, Thesis, Woo are good Theme Frameworks. Normally, most of the known good websites, blogs uses one or the other among these frameworks. As a buyer you possibly has understood that a good search is important before buying any Paid Theme, practically Source Code is not available for any of these themes for free of cost, so, it is not exactly like choosing between ngnix or Apache webserver.

Now, the other point around WordPress and Paid GNU GPL Themes – not legal part, but ethical part.

To be very honest, from Ethical part, Richard M. Stallman possibly will not love the endorsement part of WordPress but consider the fact – Matt Mullenweg donates a huge to Apache Foundation and others. I personally like Mark Jaquith, if you are not aware of, you can search a bit for Mark Jaquith in make dot wordpress dot org and other core WordPress development domains. It will be nice to read :

If you notice the above way of linking – this is what the slight difference of Ethical and Legal really is. To stop draining of link juice and make you to stay on this webpage, I used pre tag to make it like that. I gave the credit but not the link! Google bot by any means will not give the link any value – if Google is Legal body (may be the God), then this webpage remained outgoing link free.

How much you have worked for a Free or Open Source Software? If a GNU GPL 3.0 License is included, well you can modify it, you can distribute it. None can do anything. If the CSS file has GNU GPL License, again that part is becoming free to distribute. As CSS includes the graphical parts, they are becoming GNU GPL. Nothing will run without Apache2/nginx plus all the components of LAMP server – legal battle will be inclusive. 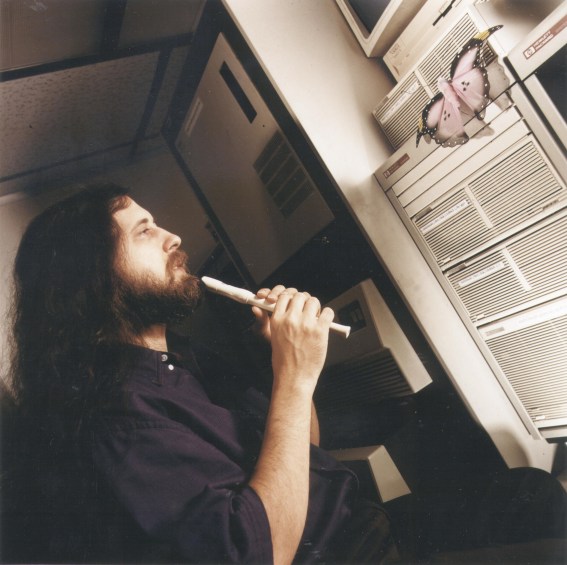 Richard M. Stallman will not use because they simply restricts the Freedom. Most of the legal threats are faux. If only Copyright is taken then Legal steps can be taken. But it is not ethical to steal someone’s things too – he is a murderer, so I will kill him is not a morally good logic. Do not download any paid Theme from questionable source – they are likely to harbor malwares. GNU GPL 3.0 License or other Open Source Licenses are made for rich development and on the ethical part, to stop running the fishing and malware scripts. There are worse Free WordPress Plugins, which frankly are ethically not ‘Free Software’ – pushing a couple of links in the Sitemap without opt-out option is not very good work.

I personally do not think the Theme developers are wrong from point of earning money to live a life, they are wrong on the GNU GPL 3.0 License part which actually kept open by WordPress itself. Let us dive in to the ethical part once again :

This Article Has Been Shared 948 Times!