The Basic Principle of Digital Signature

A digital signature private key usually is not applied directly to the message, but their hash value (such as SHA-1 is) is calculated from the message using a hash function. To prevent attacks, this hash function must collision resistant, i.e. it must be virtually impossible to find two messages whose hash value are identical.

The RSA signature scheme is most commonly used, the operations used are almost identical to those of the RSA encryption, is occasionally used in creating a digital signature from the “Encryption” or “decoding” the hash value. This terminology, however, is inappropriate because a signature-creation syntax is something other process than an encryption or decryption. For most digital signature schemes (eg DSA ) this equation therefore does not apply.

By far the best known and most widely used digital signature method is RSA, for filling the hash value (padding), as in PKCS #1 standard can be used. The security of RSA is based on the difficulty to break large numbers into their prime factors (factorization). This is also the basis for the security of the signature scheme. 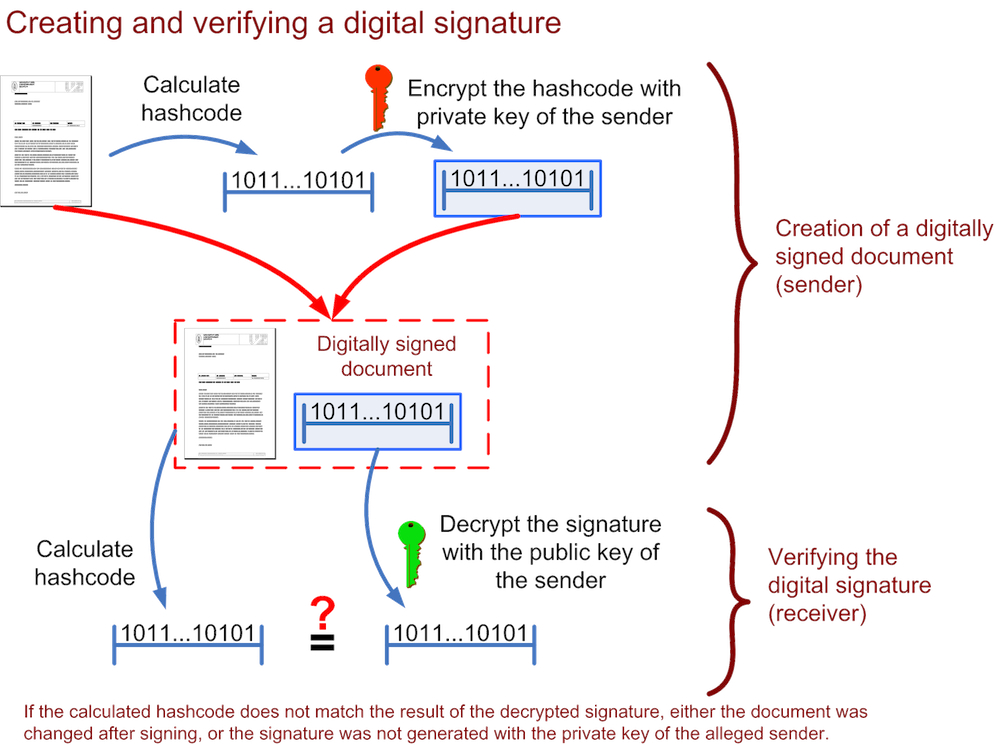 Applications of Digital Signatures are mainly for maintaining or creating :

To create RSA signature keys, generating an RSA key pair containing a modulus N that is the product of two large primes, along with integers e and d such that e d ? 1 (mod ?(N)), where ? is the Euler phi-function. The signer’s public key consists of N and e, and the signer’s secret key contains d. To sign a message m, the signer computes ? ? md (mod N). To verify, the receiver checks that ?e ? m (mod N).

As organizations move away from paper documents with ink signatures or authenticity stamps, digital signatures can provide added assurances of the evidence to provenance, identity, and status of an electronic document as well as acknowledging informed consent and approval by a signatory. The United States Government Printing Office (GPO) publishes electronic versions of the budget, public and private laws, and congressional bills with digital signatures.

Tagged With digital signature how it works , how rsa digit signature works

This Article Has Been Shared 907 Times!

Articles Related to Digital Signature : How it Works