Advertisement
You are here: Home » Is It Time To Upgrade To ECC SSL Certificate (ECDSA)?
Advertisement

We talked about Encryption and Decryption, Digital Signature, Role of Elliptical Cryptography (ECC) in Software Defined. Let us go in to slight details of ECC and RSA.

RSA is the initial letters of the surnames of who first publicly described the algorithm in 1977. RSA is a relatively slow algorithm. The RSA algorithm involves 4 steps – key generation, key distribution, encryption and decryption.
RSA involves a public key and a private key. The public key can be known by everyone and is used for encrypting messages. The intention is that messages encrypted with the public key can only be decrypted in a reasonable amount of time using the private key. There are some known attacks.

ECDSA stands for Elliptic Curve Digital Signature Algorithm. It is a variant of the Digital Signature Algorithm (DSA) which uses elliptic curve cryptography. DSA was proposed by the National Institute of Standards and Technology (NIST) in August 1991. It is quite different than RSA. ECDSA signatures and public keys are much smaller than RSA signatures and public keys of similar security levels. If you compare a 192-bit ECDSA curve compared to a 1k RSA key (which are roughly the same security level; the 192-bit ECDSA curve is probably a bit stronger); then the RSA signature and public key can be expressed in 128 bytes each (assuming that user is willing to use a space-saving format for the public key, rather than using the standard PKCS format); the ECDSA signature would be 48 bytes, and the public key would be 25 bytes. 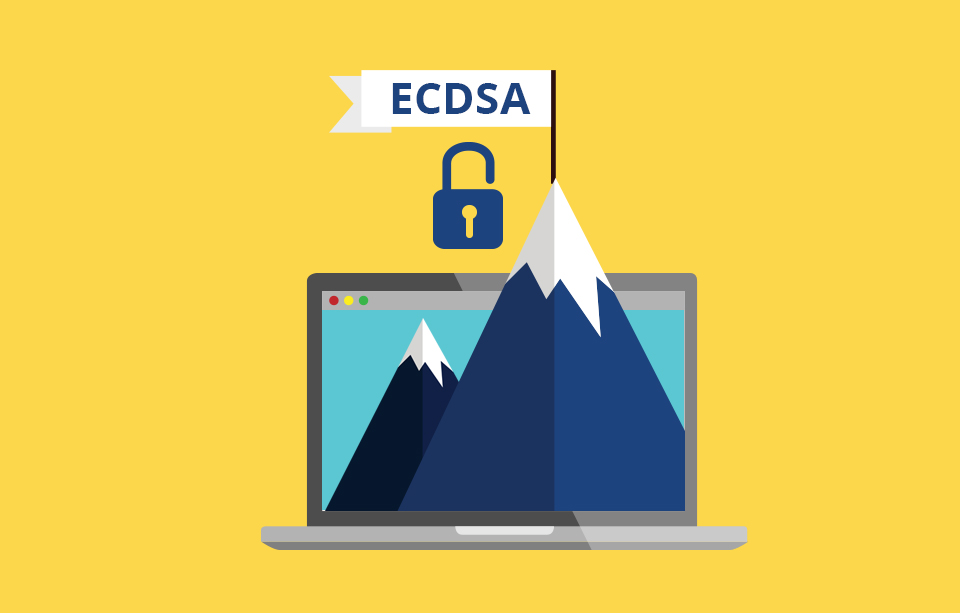 Is It Time To Upgrade To ECC SSL Certificate (ECDSA)?

Although 256-bit ECDSA is probably a bit stronger than 2k RSA, still if the difference isn’t quite 50x, RSA is still faster. But according to the ECRYPT II recommendations on key length, a 256-bit elliptic curve key provides as much protection as a 3,248-bit asymmetric key. Typical RSA keys in website certificates are 2048-bits. In that case, on our servers, using an ECDSA certificate saves a lot of CPU cycles. This is a good read :

Articles Related to Is It Time To Upgrade To ECC SSL Certificate (ECDSA)?