Scientific Linux is a Linux distribution based on the Red Hat Enterprise Linux (RHEL). It is named Scientific Linux as it was made to be used by scientific labs. The distribution is primarily developed by the developers at Fermilab, CERN, at the ETH Zurich and at DESY and comes with GNU GPL License.

One can assume our future upcoming guide on Scientific Linux, from article and guides like Linux Graphical Desktop on Rackspace Cloud or Rackspace Cloud Server as Remote NeuroDebian Desktop. The difference between Server OS and Desktop OS is very less for Linux, in real on IaaS Cloud setup. However, this article on Scientific Linux is free from the scent of Cloud Computing!

Quite obviously, the Package manager for Scientific Linux is RPM Package Manager and here is the official website :

In addition to financial savings, there is also an advantage that all software which are available for RHEL, can be used directly and without restrictions for Scientific Linux. Scientific Linux was created in the context of various universities and research institutes such as CERN and Fermilab. It is built on top of the Linux distribution named “Fermi Linux LTS 3.0.1”, which had been extended by some programs and updates. After that, however, it was decided to use the sources of RHEL in order to be binary compatible with this Linux distribution, since most enterprise Linux software is available for RHEL.

From the usage point of view, Scientific Linux is next to RHEL and Debian on the International Space Station (ISS) and NASA. 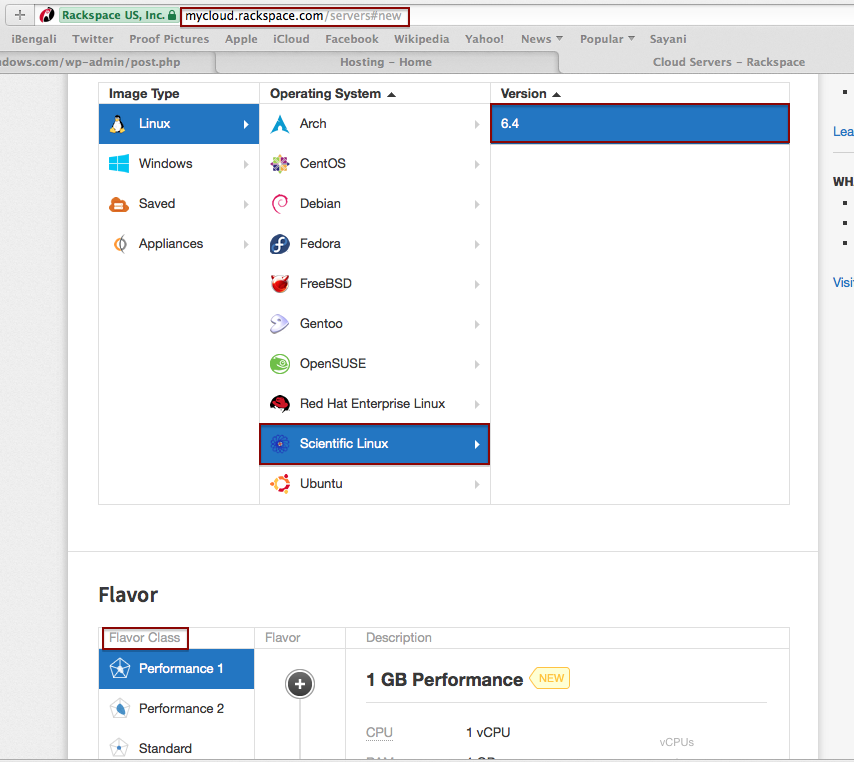 You can use Scientific Linux up to ten years of having to migrate without packages and software versions, so it is suitable for commercial use. Larger software companies such as Oracle or SAP certificates that that the software works fine on RHEL, which also applies to the larger server manufacturers. Enterprise operating systems mostly used on workstations and servers , where an extremely stable operation is required (e.g, science, research, stock exchange, military or aerospace ).

Scientific Linux was created in the context of several research labs and universities, and was created to fulfill various requirements of these institutions:

Scientific Linux, since version 6.4 is available in all next generation Cloud Servers from Rackspace (dated back to 15th August, 2013). The long term users voted to include Scientific Linux as part of offered images. We can install GNOME Desktop on a Scientific Linux on the server version :

We will discuss this part later on appropriate tutorial.