Advertisement
You are here: Home » Why Software Defined Data Center is Emerging in IT?
Advertisement

We are moving towards an idea which is not exactly new, but that is beginning to have more markets and take on a more concrete validity, industry experts indicate that the term Software Defined Data Center, better be abbreviated to SDDC. For those unaccustomed to the technical language or had never heard of before the concept of SDDC, we can say that a Software Defined Data Center is an architectural approach to IT infrastructure, which extends the concept of virtualization, abstraction and automation – all the resources in a data center.

The term Software Defined Data Center was coined in 2012 by Steve Herrod from VMware to define a way to control all aspects of the data center – compute, storage and network – through software, and management platforms virtualized and independent of the underlying hardware.

Interestingly, as the same expert, two years ago did a clear differentiation between SDDC and the private cloud, pointing to the Google cloud or Amazon as the answer is not correct for most organizations, due to many loads work that can not be performed on highly standardized environments. In contrast, the Software Defined Data Center is able to determine the requirements of a specific application from both the technical point of view, both as ALS and thus create the appropriate runtime environment that emulates perfectly and in a simple way the legacy infrastructure not virtualized that for decades, companies have had to implement physically. 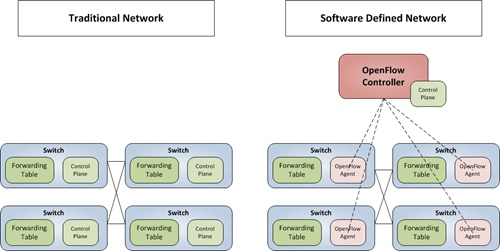 Software Defined Data Center seems to be the next step in cloud computing and in part, has similar goals: abstraction and virtualization of hardware resources, the aggregation of resources for centralized control, scalability, resource , a secure isolation between virtual resources, monitoring and resource provisioning.

Software Defined Data Center extends these properties in every single aspect of the data center and adds a faithful reproduction of the physical model of service, the perfect adherence of operational models for virtualization, compatibility with any hypervisor; overcoming the problems of vendor lock- full compatibility with all legacy workloads that can not be rewritten for virtualized environments and cloud computing, the creation of new forms of security for multi-tenant environments, overcoming the logic programming one-device-at time.

Software Defined Data Center are still a vision, but begin to take on increasing importance. VMware has acquired the startup Nicira in 2012, operating in SDN, worth 1.26 billion dollars. Brocade, Cisco, Juniper and Vyatta have acquired Cariden and Contrail, respectively.

Articles Related to Why Software Defined Data Center is Emerging in IT?