Advertisement
You are here: Home » What Impact IoT (Internet of Things) Will Deliver To the Security Firms?
Advertisement

With all the security issues the IT industry have right now, enterprises have to worry about spam sent from a refrigerator connected to the Internet and fraudulently enrolled in a botnet – sounds funny but when Samsung will nicely advertise about their such model with a sleek looking girl on television, may be it is you who will run first among your neighborhood.

These are the effects IoT, better known as the Internet of Things; which, although it is an evolutionary process closely related to the consumer sector, to the end however it also affect the enterprise sector, especially in the field of security. We have already seen that over the next few years the boom of interconnected devices, with tens of billions of connected devices, ready to turn the vision of the Internet and networking in general.

What Impact IoT (Internet of Things) Will Deliver? IoT is Capable to Open Billions of Breaches in Security Systems

As we said, the IoT will introduce companies in a myriad of intelligent devices connected to the Internet, such as intelligent control systems for the brightness and temperature, tracking and control of personnel and so on. Not to mention the device numbers of the employees themselves: smart watch, glasses digital control systems, health related stuffs, etc. These devices have simple firmware and they are free of virus and spam filters and worse, they will be out of programmed control and monitoring by IT departments in respect of existing infrastructure, thus introducing important security issues. 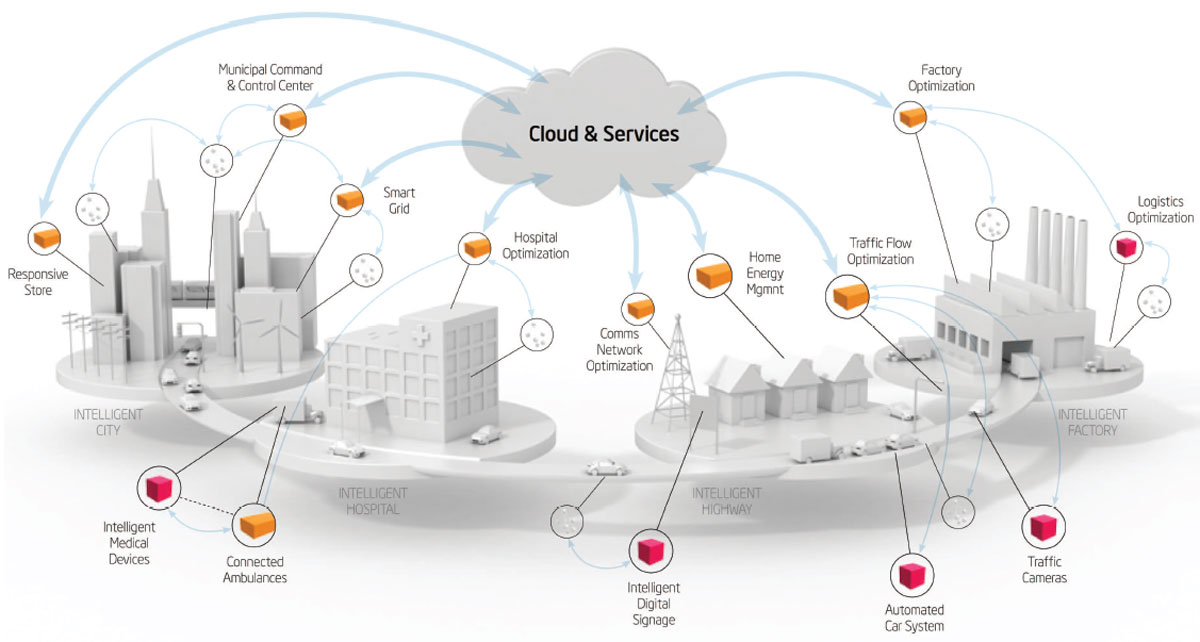 Amit Yoran, further corroborates : “Today we have the cloud and network business. And we know we have enterprise users that connect BYOD to cloud-based resources, without ever crossing the corporate network. The IoT and the corporate network instead intersect. Thus, if an attacker manages to take control of a web-enabled device, you can get access to the corporate network and enterprise infrastructure, creating a bridge capable of crossing the data bidirectionally with fraudulent purposes. There are ways to try to mitigate the risk, but we must not forget that, in the end, everything is interconnected.”

Many communication protocols to which IT workers show attention in terms of safety will be exceeded. Instead of protocols such as TCP / IP, 802 .11 and many other current protocols, IT organizations will have to deal with the new protocols such as Zigbee and WebHooks IoT6, with different life cycles and disparate security risks.

Impact of IoT (Internet of Things) on Physical Life

While online threats mainly relate to the data and knowledge that derives from these, in the real world IoT security risks may also relate to the safety of the people. Hackers have already proven to be able to force the IP systems integrated insulin pumps, glucose monitoring systems and pacemakers, allowing them to generate physical harm to the patients who use them.

Only a few perfect on doctor knows the basics of the basics of computing. There is no warranty by any existing Governmental Food and Drug administration to test simple chance of getting a pacemaker hacked over Wi-Fi. Ultimately, it becomes a burden of only few peoples and few organizations to find the bug, announce them, fight with the bug introducer or loop hole creator and ultimately fix them.

This Article Has Been Shared 888 Times!

Articles Related to What Impact IoT (Internet of Things) Will Deliver To the Security Firms?

Cite this article as: Abhishek Ghosh, "What Impact IoT (Internet of Things) Will Deliver To the Security Firms?," in The Customize Windows, April 30, 2014, January 17, 2021, https://thecustomizewindows.com/2014/04/impact-iot-internet-things-will-deliver-security-firms/.
Source:The Customize Windows, JiMA.in