Advertisement
You are here: Home » RhodeCode : Management Tool for Mercurial and GIT
Advertisement

RhodeCode is a Management Tool for Mercurial and GIT. It is easy to customize with online editor and have pull, push support. We used Gitlab for Code Hosting on Cloud for example for source code management. We talked about the Common Terminologies in Revision Control which is helpful to any level of user and developer alike. But today, we will talk about a Source Management Tool for both Mercurial and GIT named RhodeCode, less known but quite powerful and light.

What is Edited on 1st August, 2014 : We wrongly, on good faith relied that RhodeCode is Open Source software. However, Open source software enthusiast and Mercurial developer Martin Geisler in some way found my Google+ Page and informed a huge about this RhodeCode :

RhodeCode : The Easiest Way to Install this Management Tool for Mercurial and GIT

RhodeCode is similar in some respects to Gitlab, however RhodeCode can be run as standalone hosted application on your OpenShift PaaS within few clicks, you can map the DNS to point towards the CNAME of your domain – you are not really paying anything. RhodeCode can be installed on *nix or Windows systems, if you want a local installation.

The official website of RhodeCode can be found here :

You can access the source code of RhodeCode for Red Hat OpenShift here :

If you are using OpenShift, you really need not to check the Git, you can directly install it as a ready made application from control panel. 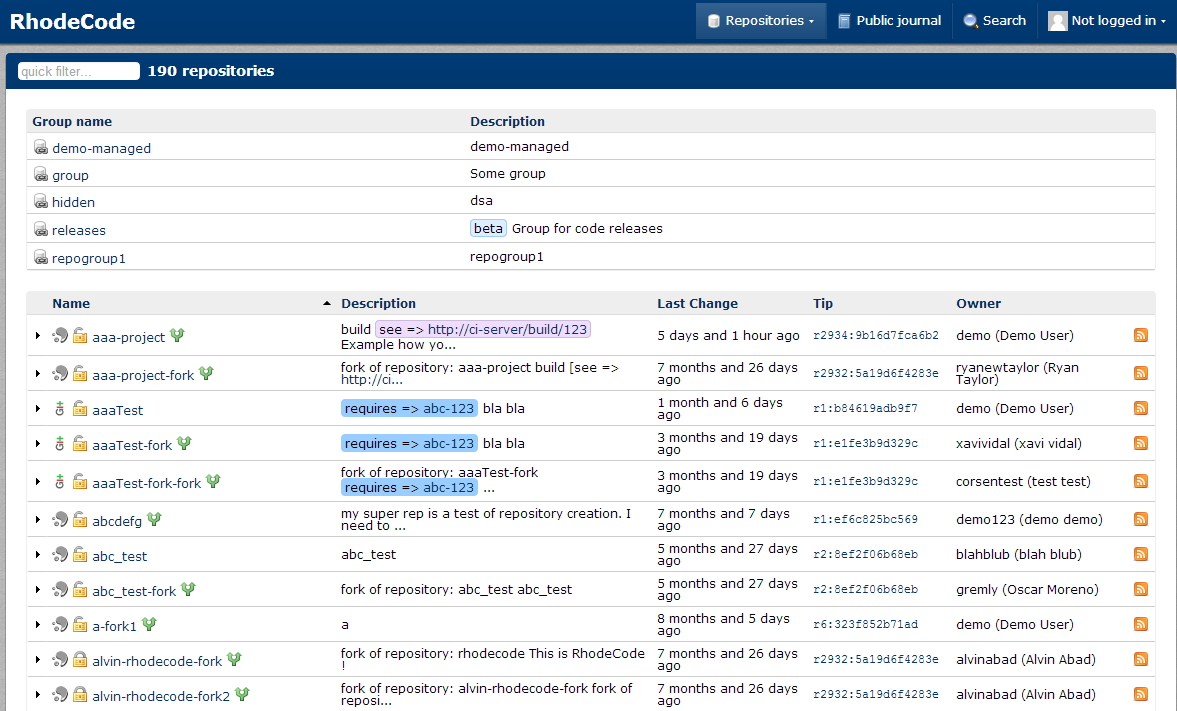 RhodeCode : Can I Install it On My Ubuntu Server?

Yes, you can Install  RhodeCode on Ubuntu Server with Nginx. You can simply use :

to install RhodeCode. We are not going in to the details of installing RhodeCode within this article since we are talking about only the features of the software. Unless we are installing it on our own server, we really can not compare with Gitlab where we can close all the API based connection. However, we liked many features of RhodeCode for practical purpose while installed on OpenShift : the CSS editing feature is possibly the best feature to have the exact look matching with our own website design.

Updated : May be it is better to choose some other software with real GNU GPL compatible license from the updated information.

This Article Has Been Shared 623 Times!

Articles Related to RhodeCode : Management Tool for Mercurial and GIT