Software Defined Radio (SDR), in a narrower sense, is a radio telecommunication system using a software-configurable platform for modulation and demodulation of a mixture signal. Software Defined Radio is the method of total signal processing of radio station with customizable hardware in software. To make it more easy to understand – Software-defined radio (SDR) is a radio communication system where the components which are typically implemented in hardware (e.g. parts like mixers, filters, amplifiers, modulators/demodulators, detectors etceteras) are instead implemented by means of software on a personal computer or on an embedded system.While the concept of SDR is not new, the rapidly evolving capabilities of digital electronics render practical many processes which used to be only theoretically possible.

A Software Defined Radio (SDR) system performs much of the signal processing with a general-purpose computer or programmable digital hardware from ( DSPs or FPGAs ) to achieve maximum flexibility. Different radio methods can be implemented by only changing the software. 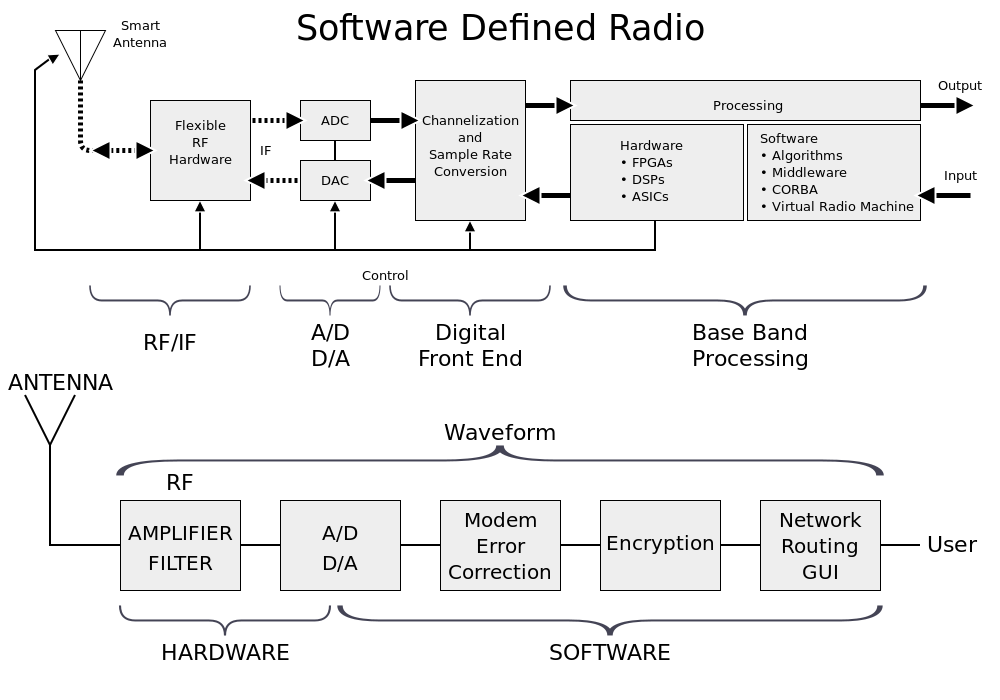 SDR is used in the field of amateur radio, military and in the mobile application, but it is also increasingly been used in civilian application areas such as in digital radio receivers. Here is the flexibility and implementation of protocol change in real time is of particular benefit. A good and clear example is the implementation of the base stations of cellular networks as SDR. This could thus be upgraded inexpensively within a very short time to new standards. The hardware of an SDR is, as in the illustration of two different types of SDR.
The easiest and ideal Software Defined Radio (SDR) receiver can be an analog to digital converter made ??with an antenna. The read-out data would then be processed directly after the analog-to-digital conversion of a digital computer.