Named Data Networking is a Future Internet Architecture supportive towards next generation works on Cloud Computing and Internet of Things (IoT). Named Data Networking seems to be intended to replace the current TCP IP Network to ensure the future evolution of the Web. In the future we possibly can say good-bye to server and IP addresses. This is the promise that makes the Named Data Networking Consortium, in the aftermath of the discussions related to IPv6, it has born to solve the shortage of IP V4 addresses and increase of the devices connected to the network.

Differences Between the Named Data Networking and IP-based Networks

Named Data Networking Consortium is an international association involving Cisco, Huawei, Panasonic, Verisign, University of California Los Angeles (UCLA), University of Michigan Institute, along with the other academic environments of Korea, China, Japan, France, Switzerland and Italy, among which University Sapienza in Rome appears in an advanced stage.

The philosophy behind NDN was pioneered by Ted Nelson in 1979 and later by Brent Baccala in 2002.

In fact, these agencies have been working together since 2010 for the spread of a new type of Internet network, protocol-based NDN (Named Data Networking), a stack of transmission which differs from TCP / IP and which has been already made ‹‹an international network functioning that connects different research centers and is used for the purpose of testing.

To date, all network connections require the presence of a client that connects to a particular server, to receive a content packaged and addressed to the client, through the use of the information contained in the header of the packet. The package, therefore, is packed and the network does not know the content, but only the IP addresses of the starting location and the destination.

Named Data Networking, however, works similarly like the Torrents and P2P systems based on hashtable. In practice, the network will no longer be defined by the roles of client and server identified by IP addresses, but there will only be the router which will perform all the necessary functions. The demand for content will change to a search of unique hash among all the participants in the network. Once it has identified the sources, the router can download portions of content from different participants, as long as the user who made the request does not reach the content to the fullest. 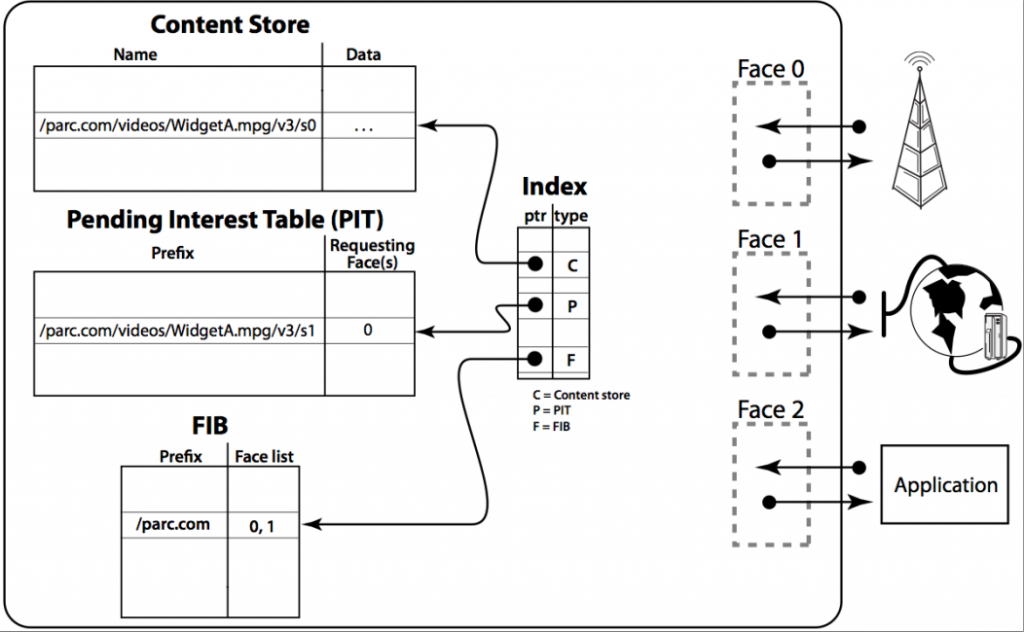 Named Data Networking : A Future Without Server and IP Addresses

In this way, any content (in cache or not), can be transformed from the source, all or in part of it to any participant who has expressed it interest.

Named Data Networking is presented by Cisco as the best to support future developments of the network that will result from the implementation of new technologies such as cloud computing and Internet of Things (IoT). Not surprisingly, by 2010, the NDN project has received funding big from National Science Foundation.

Beyond the triumphant proclamations of the agencies and companies involved in the research, there are some discordant voices that identify the Named Data Networking a way to know the contents in transit on the network and the opportunity to be part of some ISPs to block illegally, by just knowing the hash. In addition to this, there may be important limitations as regards the safety and systems of pushing content. All that remains is to ask is – the Named Data Networking will really be the Internet of future?

This Article Has Been Shared 858 Times!

Articles Related to What is Named Data Networking?