Microsoft’s New Strategy of Open Source Cloud Computing is Possibly Known now with Azure Strategy. They are loving unixoids to stay on this market. With the expansion of Azure cloud platform, Microsoft seems to have re-evaluated positively the open source operating system Linux. At a Microsoft event recently held in San Francisco, Satya Nadella talked about the latest news concerning their Azure cloud platform. It appears that Microsoft is now in love with Linux, the operating system defined by Microsoft company as a cancer. Support for open source OS is a process which well going underway and, as stated, about 20% of the Azure virtual machine uses an open source operating system.

The conference also served to point out the competitors and the role that journalists covering Microsoft in the cloud computing market – from the constant growth of Azure and investments allocated to multiple cloud services platform to the partnerships envisaged in the short and medium term. The message of Satya Nadella was quite clear, only Microsoft can really do the right with cloud and the three arguments in favor of this thesis are explained in the next paragraph.

The first story is about connecting the dots.
– Steve Jobs

The extension of the Azure platform on competition and “large-scale” deployment in two new regions of Australia is on the way, which will bring the number to 19 (twice to three times as Amazon and Google) with a total number of over 11 million servers and a cost of $ 4.5 billion for the only cloud platform only spent in 2013, it is clear that only a few other players are able to compete with Microsoft.

None of this had even a hope of any practical application in my life. But ten years later, when we were designing the first Macintosh computer, it all came back to me.

Enterprise-level support from Oracle (which is actually only Azure cloud solution) to MongoDB, Cassandra, Hadoop etc. and high-level support for a large number of Linux distributions also talked about;
Hybrid Cloud, an aspect that will be further strengthened in Azure. 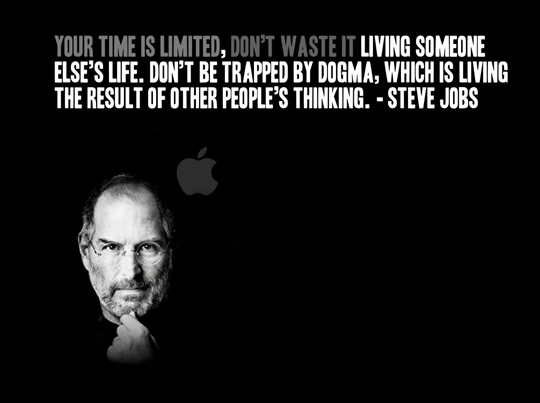 Remembering that I™ll be dead soon is the most important tool I™ve ever encountered to help me make the big choices in life.
– Steve Jobs

The Microsoft Cloud Platform System will be part of the game – a “package” that offers basically a combination of hardware and software to start on site in their server, your cloud etc. on the model of Azure, a sort of “Azure in the box”.

After acquiring Nokia, Free Software supporters fears Microsoft more. NSA Spyware activities and Heableed are quite known now even to the gossip newspaper readers. May be, Microsoft is listening to Jobs™s famous 2005 Stanford Commencement Speech !

And most important, have the courage to follow your heart and intuition. They somehow already know what you truly want to become. Everything else is secondary.

This Article Has Been Shared 356 Times!