Building Automation (BA) is defined as a set of monitoring, control and optimization facilities in buildings for functional independency. From corporate rooms, presentation and lecture halls to a DataCenter lobby, Operation Theatre; Building Automation (BA) is used, where the operation of the large number of devices that define the room function that of videoconferencing, video projector, lighting control systems etc. might make a manual operation very complex. Domotronics deals with the interdisciplinary approach.

Building Automation (BA) is therefore an important part of the technical facility management. All the sensors, actuators, controllers, consumer and other technical units in the building are connected. Processes can be combined. The characteristic feature is the decentralized arrangement of the control units (DDC-GA) and continuous networking via a communication network or bus system.

Components in the construction of a system for building automation are:

Nowadays, the trend of application of Building Automation (BA) is not only limited in the classic building automation, but also on various trades. There is a continuing trend toward networking. The representation of the network or the devices are controlled in this case usually via a Web browser, and sometimes integrated with other building automation solutions. The situation is similar for devices in consumer electronics. The intelligent networking in building automation is driven by technological progress, which combines the different areas. Increasing flexibility of the systems and decreasing cost structures increase the demand for appropriate solutions – both on a professional as well as private sources.

The goal of networking is to increase the added value, the device shall and new (remote) to provide control options. The underlying technology as a protocol -Stack is usually LON, UPnP or KNX standard Powerline, the embedded software -Stack often rests on OSGi (Java). BACnet protocol has become globally an overall solution with uniform operation.

Modern systems can use SNMP to track events with the usual SNMP-based protocols in the computer networking world. 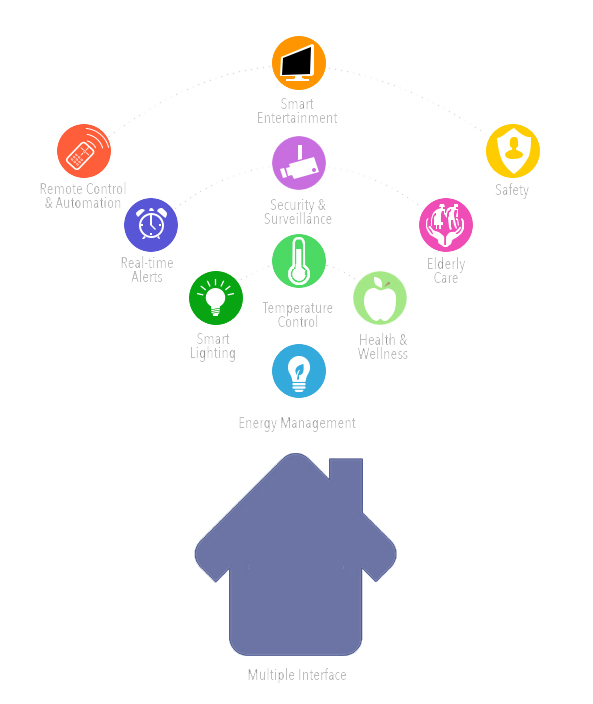 Possibilities of building automation (BA) are as follows :

Higher initial cost compared to normal building installation. First, it is often cost is amortized by the energy savings in the operation, on the other hand are not possible to afford much more expensive features with classical building installation.
At high complexity qualified personnels are necessary for the operation of the plants. Increased susceptibility to failure compared to normal building installation due to hardware or software errors. In systems with centralized control, this can have a single point of failure and if no redundancy is present, have a defect or failure of the entire system configuration.

This Article Has Been Shared 629 Times!