If we, for just an example; start an attack playfully towards your server, it is exactly not difficult to make you in trouble if you are not prepared. Cost of disaster recover after these kind of attacks can be quite time taking and costly. Huge knowledge is not required to initiate the common types of attacks by the script kiddies. For this reason, we always suggest to have an IaaS which has some Infrastructural Support.

Financial and eCommerce businesses were the most frequent victims of DDoS. The number can be as higher as 44%. It is 42% for the Government Agencies. The pattern of job schedules, delay in initiation of any approach and the higher chance of getting in to limelight as hacker, probably make the later susceptible. Online gambling sites were the main targets of DDoS attacks before. Now with hactivism, the trends are towards “I will teach you a lesson”. Professional blogs can also be targeted for getting various data or diverting the good traffic. 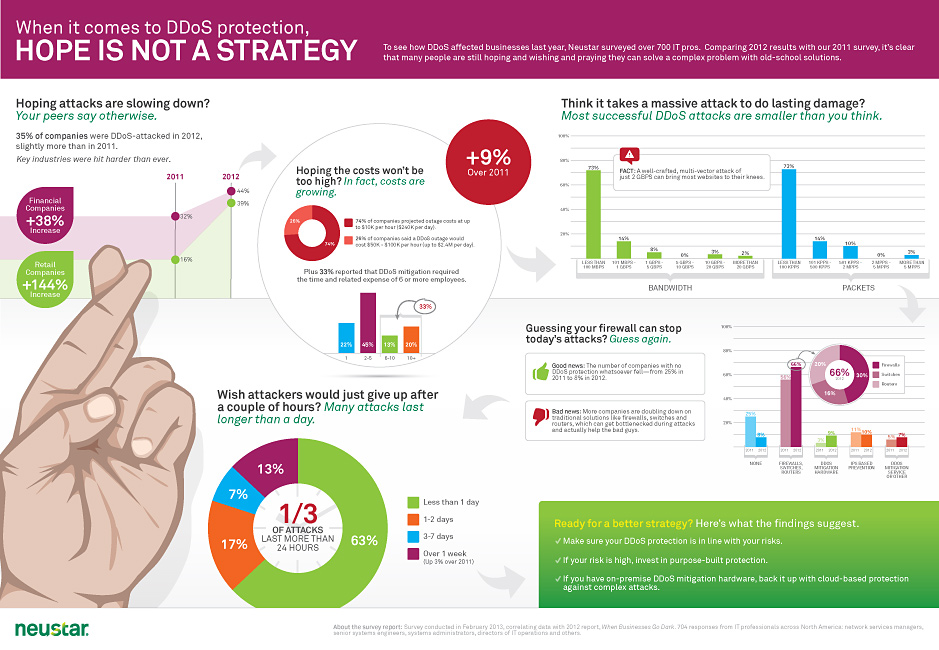 There is Layered Approach for DDoS Protection. For example, we use Akamai’s DNS; a hacker can not simply flood with requests from the same IP within a short range. CloudFlare also has such services.

The most important part is keeping the servers secured by using the common methods. If you use a very weak password, no DDoS protection service will actually work. We suggest not to install Webmin, PHPMyAdmin on the same instance, for these reasons. Port knocking is another example of using a basic security.

It is never that – we are throwing a challenge – “We are capable to handle any type of DDoS”. It is not difficult to hack us, if you are a good white hacker. We neither have so much resources nor need the highest level of DDoS protection. But if we run a professional financial service, then we need to add a specific DDoS protection service for Cloud Computing IaaS apart from using floating IP in OpenStack. When we are taking the snapshot, at that point of taking snapshot; the servers are having only the outdated snapshots as backups – there is no backup for the current updated state. With a financial website, you can not take that risk of 10 minutes. Attack can run more on that time of taking snapshot if identified. Our basic suggestions will not work for the advanced situations. This is where you need a specific service.

This Article Has Been Shared 872 Times!