Actually PaaS is quite largely used in many enterprise setup as it gives the WordPress Multi-host like subdomain creation feature. It is pretty easy to use, configure and develop many web softwares. Last year (Q2, 20014); the report started for PaaS being increasingly attacked. Just like WordPress, PaaS practically has few F/OSS options. Red Hat OpenShift is a Free Software. Usually when we say Red Hat OpenShift, it means the web service. Exactly in WordPress model – WordPress dot com and WordPress dot org. Even Nginx paid version is used on OpenShift. Secondly, another big provider is Heroku. Heroku is a big platform for hosting the Facebook applications. There can be dubious Facebook applications which claims to give miraculous results – from predicting your time to death to which lady you’ll marry. They keep hundreds of javascripts with potential malware features for Ad revenue purpose. Attacks are in botnet style. Rackspace Cloud Sites is a PaaS – it is aPaaS. So, there can be lot of websites than you possibly imagined at the beginning of this article.

There many limitations of PaaS like that with naked domain. IaaS and PaaS does not actually run in the same way.

DDoS attacks can be classified into 3 main categories – Volume Based Attacks or Bandwidth Based Attacks, Protocol Attacks and Application Layer Attacks. 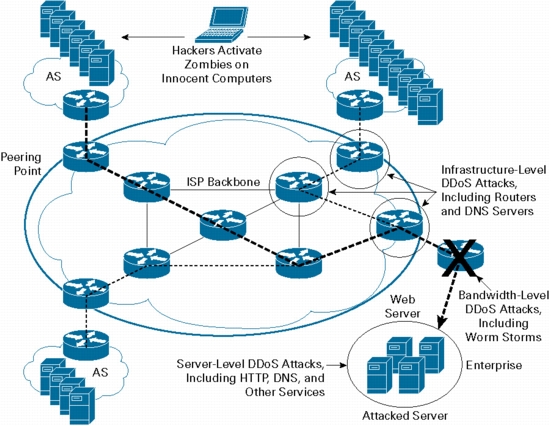 Current political stuffs, exactly like Akamai stated last year, increased these attacks. Except using a professional specified service for serious web applications, there is very less to do works in the Security part. It is obvious that using a tight password, not using PHPMyAdmin on the same “gear” will make the setup secure. As physical IP address is not exactly allocated in the way we do with IaaS, the attacks can be handled at DNS level if a custom domain is used and the internal domain is not exposed outside.

So, just keep this matter in head that PaaS can also face DDoS. This is not for not using the PaaS – this is for keeping the things safer.