Here is How To Install MultiMail Offline Reader For Email Reading on SSH. MultiMail is a Free Software and Easy to Install From apt With One Command. However, the source code is available too for any modification. The software has own dedicated page on SourceForge, however the development possibly is not updated.

To install on OS X, simply :

On Desktop, you will get mmosx049.tgz archive, double click to extract it. You will get a directory named multimail. On iTerm2 (or Terminal), running this command will launch the app :

abhishekghosh should be changed with your username. Else, you can browse the directory named multimail on Desktop and double click the file named mm to launch the app on Terminal. Simple. 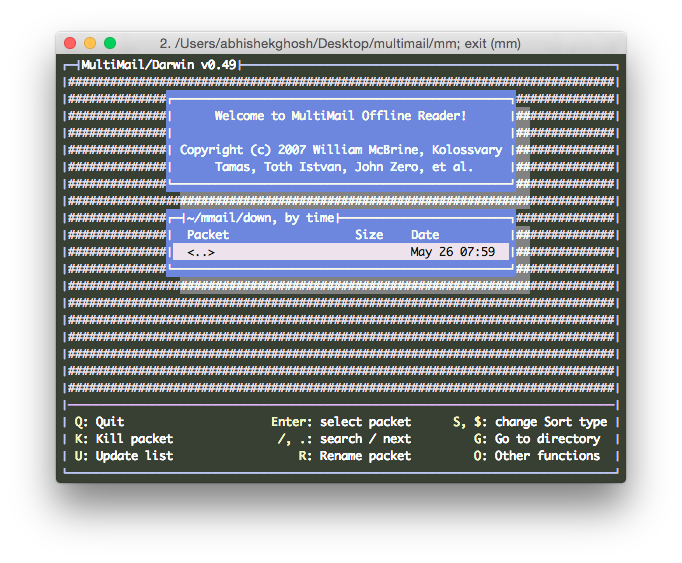 Mulmail is written in C++. There is a file named mm.txt. That is everything about MultiMail configuration and help. There is file named ~/.mmailrc. That is configuration file. Transparency option is set to no by default. Changing it to yes does not give any great result for OS X iTerm2 on 15″ MBP Retina Display. It was last updated seven years ago, probably some stuffs need a bit work.

This Article Has Been Shared 306 Times!