Advertisement
You are here: Home » Command Prompt Commands : Alphabetical list of all commands in Windows 7
Advertisement

Append – The append command can be used by programs to open files in another directory as if they were located in the current directory.

Arp – The arp command is used to display or change entries in the ARP cache.

Assoc – The assoc command is used to display or change the file type associated with a particular file extension.

At – The at command is used to schedule commands and other programs to run at a specific date and time.

Attrib – The attrib command is used to change the attributes of a single file or a directory.

Auditpol – The auditpol command is used to display or change audit policies.

Bcdedit – The bcdedit command is used to view or make changes to Boot Configuration Data.

Bitsadmin – The bitsadmin command is used to create, manage, and monitor download and upload jobs.

Bootcfg – The bootcfg command is used to build, modify, or view the contents of the boot.ini file, a hidden file that is used to identify in what folder, on which partition, and on which hard drive Windows is located.

Cacls – The cacls command is used to display or change access control lists of files.

Certutil – The certutil command is used to dump and display certification authority (CA) configuration information in addition to other CA functions.

Chdir – The chdir command is used to display the drive letter and folder that you are currently in. Chdir can also be used to change the drive and/or directory that you want to work in.

Chgport – The chgport command can be used to display or change COM port mappings for DOS compatibility.

Chgusr – The chgusr command is used to change the install mode for the terminal server.

Chkdsk – The chkdsk command, often referred to as check disk, is used to identify and correct certain hard drive errors.

Chkntfs – The chkntfs command is used to configure or display the checking of the disk drive during the Windows boot process.

Choice – The choice command is used within a script or batch program to provide a list of choices and return of the value of that choice to the program.

Cipher – The cipher command shows or changes the encryption status of files and folders on NTFS partitions.

Clip – The clip command is used to redirect the output from any command to the clipboard in Windows.

Cls – The cls command clears the screen of all previously entered commands and other text.

Cmd – The cmd command starts a new instance of the command interpreter.

Cmdkey – The cmdkey command is used to show, create, and remove stored user names and passwords.

Color – The color command is used to change the colors of the text and background within the Command Prompt window.

Comp – The comp command is used to compare the contents of two files or sets of files.

Compact – The compact command is used to show or change the compression state of files and directories on NTFS partitions.

Convert – The convert command is used to convert FAT or FAT32 formatted volumes to the NTFS format.

Copy – The copy command does simply that – it copies one or more files from one location to another.

Date – The date command is used to show or change the current date.

Dir – The dir command is used to display a list of files and folders contained inside the folder that you are currently working in. The dir command also displays other important information like the hard drive’s serial number, the total number of files listed, their combined size, the total amount of free space left on the drive, and more.

Diskcomp – The diskcomp command is used to compare the contents of two floppy disks.

Diskcopy – The diskcopy command is used to copy the entire contents of one floppy disk to another.

Diskraid – The diskraid command starts the DiskRAID tool which is used to manage and configure RAID arrays.

Dispdiag – The dispdiag command is used to output a log of information about the display system.

Driverquery – The driverquery command is used to show a list of all installed drivers.

Edit – The edit command starts the MS-DOS Editor tool which is used to create and modify text files.

Edlin – The edlin command starts the Edlin tool which is used to create and modify text files from the command line.

Endlocal – The endlocal command is used to end the localization of environment changes inside a batch or script file.

Eventcreate – The eventcreate command is used to create a custom event in an event log.

Exe2bin – The exe2bin command is used to convert a file of the EXE file type (executable file) to a binary file.

Exit – The exit command is used to end the Command Prompt session that you’re currently working in.

Expand – The expand command is used to extract a single file or a group of files from a compressed file.

Fastopen – The fastopen command is used to add a program’s hard drive location to a special list stored in memory, potentially improving the program’s launch time by removing the need for MS-DOS to locate the application on the drive.

Fc – The fc command is used to compare two individual or sets of files and then show the differences between them.

Find – The find command is used to search for a specified text string in one or more files.

Findstr – The findstr command is used to find text string patterns in one or more files.

Finger – The finger command is used to return information about one or more users on a remote computer that’s running the Finger service.

Format – The format command is used to format a drive in the file system that you specify.

Fsutil – The fsutil command is used to perform various FAT and NTFS file system tasks like managing reparse points and sparse files, dismounting a volume, and extending a volume.

Ftp – The ftp command can used to transfer files to and from another computer. The remote computer must be operating as an FTP server.

Ftype – The ftype command is used to define a default program to open a specified file type.

Getmac – The getmac command is used to display the media access control (MAC) address of all the network controllers on a system.

Goto – The goto command is used in a batch or script file to direct the command process to a labeled line in the script.

Graftabl – The graftabl command is used to enable the ability of Windows to display an extended character set in graphics mode.

Graphics – The graphics command is used to load a program that can print graphics.

Help – The help command provides more detailed information on any of the other Command Prompt commands.

Hostname – The hostname command displays the name of the current host.

If – The if command is used to perform conditional functions in a batch file.

Irftp – The irftp command is used to transmit files over an infrared link.

Label – The label command is used to manage the volume label of a disk.

Loadfix – The loadfix command is used to load the specified program in the first 64K of memory and then runs the program.

Logoff – The logoff command is used to terminate a session.

Mem – The mem command shows information about used and free memory areas and programs that are currently loaded into memory in the MS-DOS subsystem.

Mkdir (Md) – The mkdir command is used to create a new folder.

Mklink – The mklink command is used to create a symbolic link.

Mmc – The mmc command can be used to open Microsoft Management Console in author mode or to a specific snap-in console, all from the Command Prompt.

Mode – The mode command is used to configure system devices, most often COM and LPT ports.

Msg – The msg command is used to send a message to a user.

Msiexec – The msiexec command is used to start Windows Installer, a tool used to install and configure software. 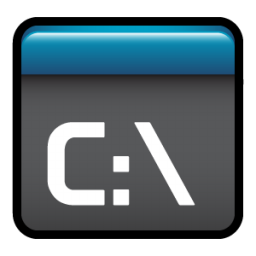 Path – Displays or sets a search path for executable files.

Pause – Suspends processing of a batch file and displays a message.

Popd – Restores the previous value of the current directory saved by PUSHD.

Pushd – Saves the current directory then changes it.

Recover – Recovers readable information from a bad or defective disk.

Ren – Renames a file or files.

Setlocal – Begins localization of environment changes in a batch file.

Schtasks – Schedules commands and programs to run on a computer.

Shift – Shifts the position of replaceable parameters in batch files.

Start – Starts a separate window to run a specified program or command.

Subst – Associates a path with a drive letter.

Takeown – Allows an administrator to take ownership of a file.

Taskkill – Kill or stop a running process or application.

Timeout – Pauses the command processor for the specified number of seconds.

Title – Sets the window title for a CMD.EXE session.

Tree – Graphically displays the directory structure of a drive or path.

Type – Displays the contents of a text file.

Verify – Tells Windows whether to verify that your files are written correctly to a disk.

Where – Displays the location of files that match a search pattern.

This Article Has Been Shared 720 Times!

Articles Related to Command Prompt Commands : Alphabetical list of all commands in Windows 7