Here is a Video Guide on How To Install WordPress on HP Cloud With Nginx PHP5-FPM MariaDB on Ubuntu 14.04. We Have Kept The New Users in Mind. So the steps are shown in a way so that, they can follow the guide without much issue. We have added the components which will be useful for optimizing Nginx PHP5-FPM in future. This is basic installation guide.

For HP Cloud, it is very important to configure the router first. You can watch the video for creating instance on HP Cloud. This guide to Install WordPress on HP Cloud Video Guide can be taken as the continuation of the previous guide.

Obviously, you should use either iTerm2 or Terminal (OS X or GNU/Linux) or PuTTY in case of Microsoft Windows.

We have used these two commands (which has shown on the video) for PHP5-FPM part :

and for creating the database, we used these commands :

As you are a new user, you might feel uneasy with any of the stuffs, to make it easy for you, you can think the installation process in this simple way : 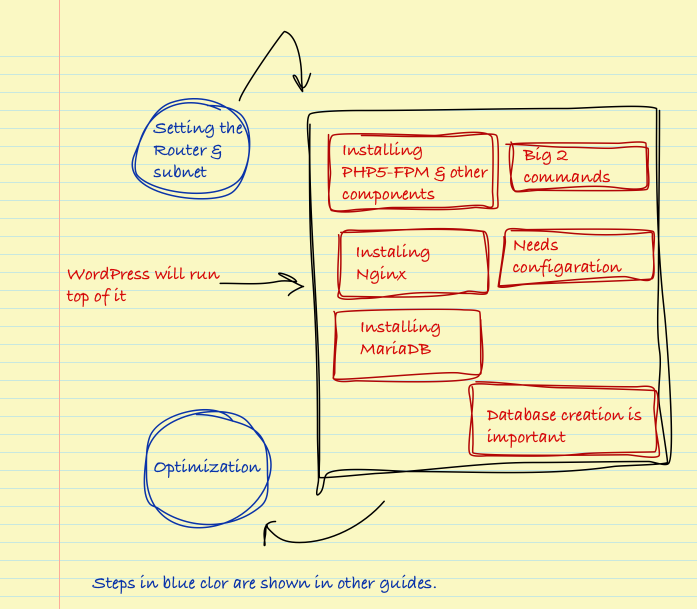 Installing WordPress is very easy. For the new users it takes a bit time to get used with command line interface. That is the age old, gold standard way to connect and work on server.

This Article Has Been Shared 265 Times!