LED Never Breathes! MacBook Pro Has Sleep LED Which Pulsates Resembling Human Breathing. Here is Breathing LED Arduino Circuit & Code. Circuit sketch not required. If you can add LED to default BLINK sketch to blink, you can easily use it. It will need only one LED, optionally, you can use a resister for better voltage control. It is suggested to use a resister. Adafruit has a cufflink named iCufflinks which costs $128.00 for a pair (what???). So peoples changed the code a bit to make it working on Arduino UNO or practically any Arduino. We will post later how to make those kind of cufflinks pair at lesser than $1.28. Coding, testing is the main part. Just a hints – fiber optic cable does the work from a Arduino UNO in your wallet, it may be impractical, so practical way also said later in this article.

Add that LED on Pin 11 and GND. Do not try to alter the code to make it working for Pin 13, it actually demands good knowledge on C++. Here is a crap quality video from our side to show you how actually the thing breathes :

for a basic testing, who will use a high end camera. Here is how human breathes : 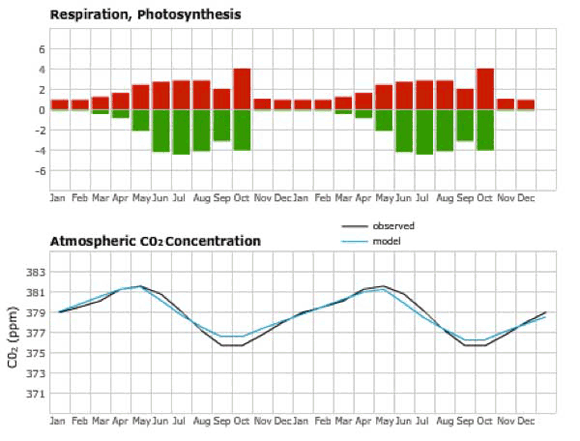 It is actually not so easy to create that effect. Apple has patent :

The included sketch named Fade demonstrates the use of the analogWrite() function in fading an LED off and on. analogWrite() uses pulse width modulation (PWM), turning a digital pin on and off very quickly, to create a fading effect.

Actually peoples who code know who first wrote it. That is why no credit actually required – mere web searching will reveal it. When it is under GNU GPL 3.0, there are problems to mention a snippet without any mention of License. In short, we re-wrote it. You can see in video, it is quite nicely working on Arduino UNO R3.

Yes, it is possible to make breathing LED without Arduino. For that you’ll need this stuffs which are shown in circuit diagram : 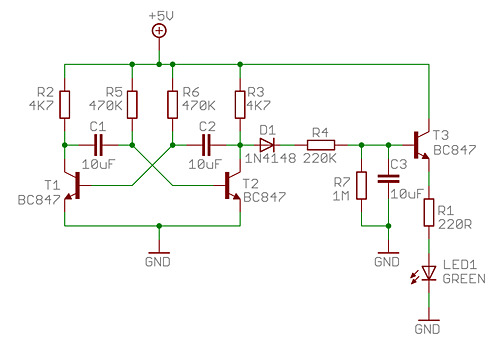 Actually, very small ready to use circuits are available at $4 or something like that for getting that effect. This is really practical for creating breathing LED for your iCufflinks. Not always we need coding.