Here is What Exactly You Will Do For Taking Out Hard Disk Motor For DIY Project. Probably You Need Just a Torx Screwdriver For Clean Work. Orthopedics tool set for opening Security Torx Screws are great, but probably it is too much for DIY work to buy Orthopedics OT stuffs. Security Torx is the screw’s name which apparently looks like a repeat. These are quite basic screws in comparison to Orthopedic screws. Probably you’ll need to know about the Torx screws more.

Security Torx Screws are quite basic type of screws to prevent ordinary thief’s tries to open the things. You probably can try hard to open them with a flatbed screwdriver, soldering with something and rotating, but basically you need a set of Torx Screwdrivers. They rotate in opposite direction ( rotating right – as if tightening a normal screw ) opens them.

Orthopedic surgery’s Torx screws are hugely complex, these are kid in front of them. They give so less torque to tighten, a good set can definitely open them nicely. If nothing works, use a very robust and fine plier. Apply a bit heat with iron over the label, it will come out quite easily. At worst, you may knock out the head of the screw. Basically, in Orthopedics we have to take out the implant after opening in any manner. So, there are many research works on it!

You’ll see the platter and the axis inside. The motor is brushless DC or AC motor and the connection is on the back. Here is a semi-opened Hard Disk on my one MacBook Pro 15″ with the lid removed and Torx screws kept in the holes/pits : 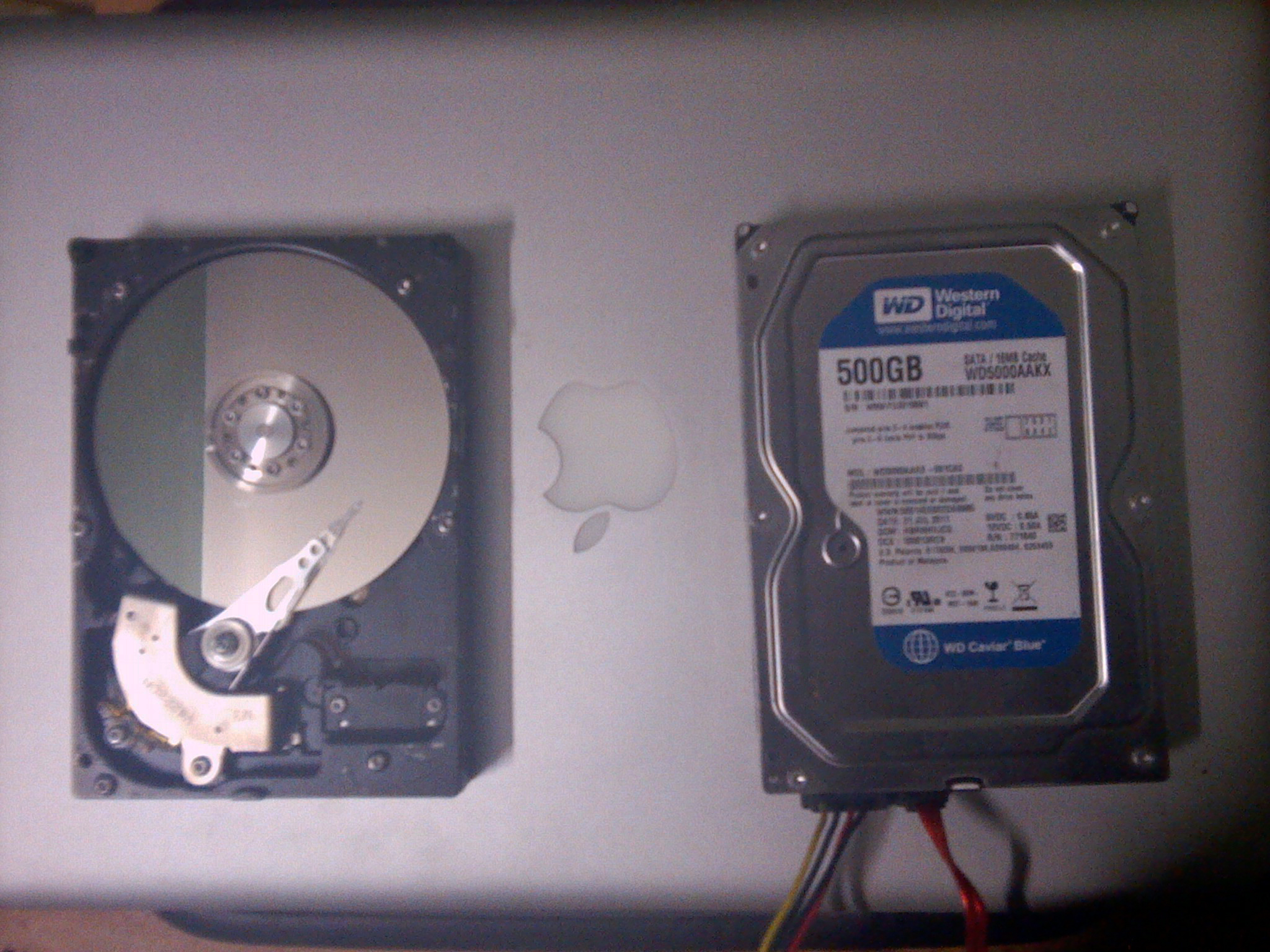 Next you’ll open out the circuit and release the connection point of the motor. You can check the hall sensor with an oscilloscope or as an inferior option a multimeter.

There can be 3 or 4 connection points of the motor. The motor with the platter will be glued on the base of the hard disk. It will look like a funny kid’s toy with the platter and motor. Obviously, separate it.

Whether so much work is justified or not, it depends on you. This is good to challenge yourself with a real good servo motor, but at $3 – $4 you will get ready to use servo motors.

This Article Has Been Shared 321 Times!