Some users blamed for less needed features, including absence of Reverse DNS. Honestly, we are missing the native HP Infrastructure Managed Virtual Private Cloud ( read HP Public Cloud ) at so low monthly cost. Akamai’s DNS, CDN all were great. It is not possible for this website to pay for HP Managed Virtual Private Cloud. There will be very few users like us in this condition – who knew to use HP’s resources at so lower cost but was at budget.

HP Public Cloud Rightly Moved To HP Enterprise Cloud BUT You Will Move Your Web Application? 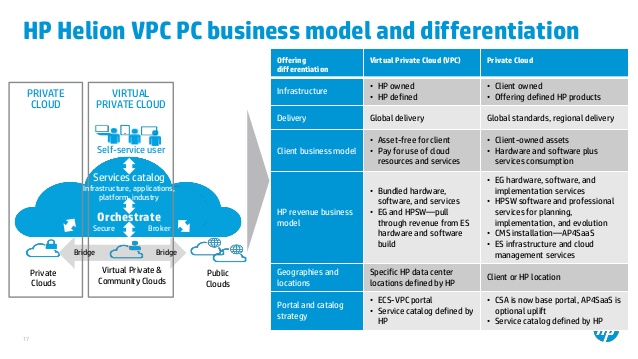 Directly using Amazon can be the best option who want to remain their previous budget spent for HP Public Cloud. It is too complicated to use Amazon indirectly via HP Enterprise Cloud. We would suggest to think about these options which are closer to older HP Public Cloud service catalogue :

The last option appears to be most cost effective to us. At this moment, we are at Option 2, but we will possibly move to Option 3. OVH uses OpenStack based infrastructure and quite bigger company. OVH is infamous for DDoS attack. It is better to use a server from Linode or DigitalOcean running Nginx as Reverse Proxy in front of the live instance if OVH cheaper Cloud Servers are used. CloudFlare ( paid ) basically serve the same purpose. There are tricks to use OVH’s low cost instances. Higher cost servers from OVH has no difference with the larger infrastructure providers.

We do recommend to use HP Enterprise Cloud’s Virtual Private Cloud if the reader’s budget permits. At the same price, Rackspace is beautiful piece of crap. OVH is kind of replacement for HP to keep the budget down. OVH is quite bigger and reviews will be exactly like HP Public Cloud by the noob users. VPSDime is newer, so far we heard is not bad. European server providers are basically cheap. Not much to feel suspicious. Once you get used, with OVH dedicated hardware, its easy to join with HP Hybrid Cloud. Aruba Cloud is a Hewlett Packard Company! So, unofficially, HP Public Cloud exists via Aruba Cloud.