We already pointed on how to build a DIY robotic arm. We can fine tune the degrees of sweep, time to be taken and step by degree. We kept the below code in Github as Gist too as well as the whole stuff as Firtzing Project (recommended to check) :

#include – that is Arduino specific. If you are advanced user you may read how to code in C for Arduino.

towerprosg5010 – need not to be explained, it is just a phrase, we could use thecustomizewindows.

towerprosg5010.attach(9) – we attached the servo motor pin 9. You can change it. 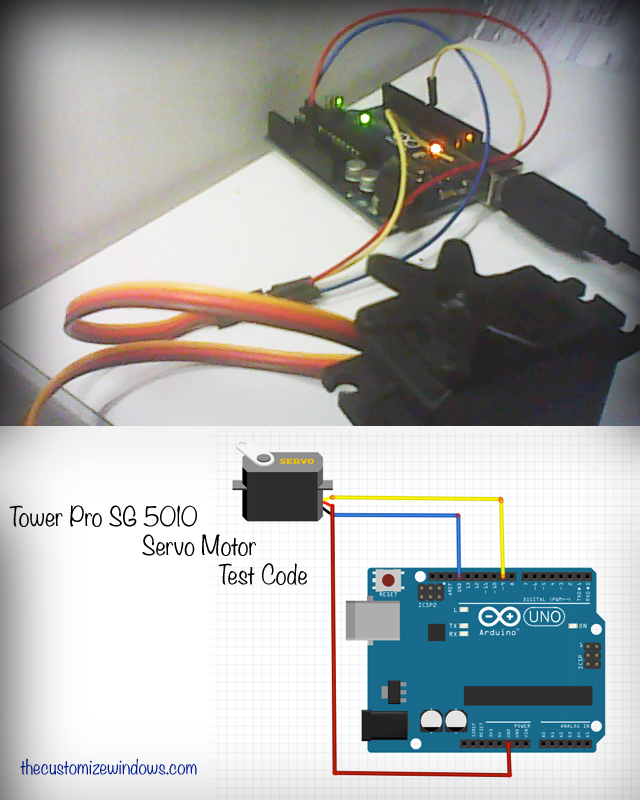 Definitely, we have a crap quality video! Crap quality is good because it will save the bandwidth and serve the purpose :

This Article Has Been Shared 849 Times!