Cloud Computing has service models. Usually we talk about Infrastructure as a Service (IaaS). Differences Between CDN Hosting Versus Cloud Hosting Are Prominent. Cloud Server is Cloud Up To the Point of Provision, Not After Deployment. Yes, because Cloud Computing has standard definition. Content Deliver Network usually used for serving static objects like JavaScript, CSS, Images etc. But, it is Rackspace and some of the us made static website hosting on CDN somewhat known.

Content Delivery Network (CDN) is simply a network of geographically distributed servers which replicates the binary files so that they can be served from geographically close location to the user. For example, you are a reader from London and the content in this website is originally stored in New York. CDN would have copied New York’s server to London’s server so you can get a faster access. Today, almost all websites are relying on the CDNs to accelerate static content, even dynamic content, video, media files and downloads.

Cloud Hosting actually includes both the Infrastructure as a Service (IaaS) and Platform as a Service (PaaS). IaaS is just a form of traditional webhosting. The difference is that in cloud hosting, a big group of servers in a data center in one location is ready to get provisioned. It is for us over the traditional web hosting. But basically dedicated servers are still the standard. In all cases, one server instance from one geographical area is serving the content. Whereas, CDN is a collection of edge servers placed in different places around the world which works on the principle of delivering content form the nearest located server as per user location. Those servers uses some fail proof mechanism for content delivery. 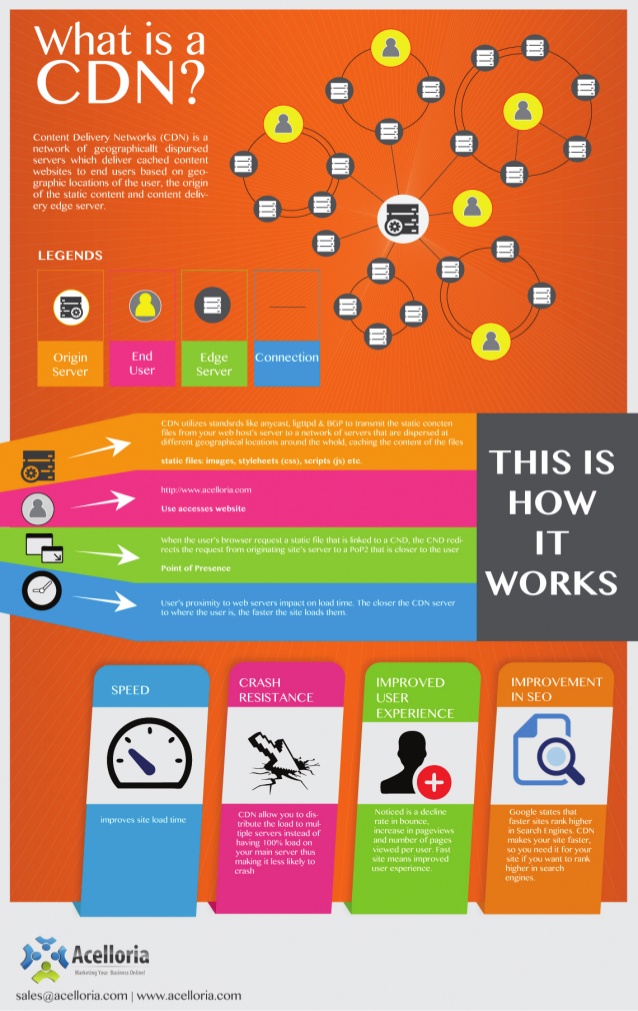 Why CDN Hosting Normally Not Used For Instead of Cloud Hosting?

It is obvious that, with a CDN we can deliver content faster. But basically except the HTML contents, we can not replicate anything in that geographically distributed way. We need dynamic functions with server side scripting language like PHP with a Database like MySQL.

Furthermore, in traditional domain name system, there is A Name is set against an IP address. CDN, typically has no dedicated IP. That domain is called a naked domain. There are alternative methods for pointing a naked domain towards a CDN including A Name, CloudFlare’s CNAME flattening etc. That topic is different.