I am not able to login to Twitter for the last 2 months. It is Common to Face Twitter Not Sending Verification Code & Worst Support Not Responding. Possible Way to Login May Be is to Hire a Hacker. Google has the infrastructure to provide human support, Facebook support is known bad but Twitter basically has no support.
Here are the ways you can try, but only possible way to disable the phone authentication is via Twitter API.

Twitter possibly use SMTP server to send the verification code and updates, which is inferior way. It is our assumption. Failure to login is quite common.

Twitter expects that users will have a logged in screen or backup codes. When Twitter’s SMS system will fail to reach your mobile phone, you can not do anything. Facebook possibly deliberately not have the consumer grade two factor. Except own servers all over the earth, it is unreliable service. Twitter need that two factor in cheaper way.

We have found a way check, you need to go to this webpage :

Fill the username and click next. You will be prompted to fill with the email, instead of that, notice a hyperlink below the form asking Phone number as alternate option. You can nicely see in this diagram : 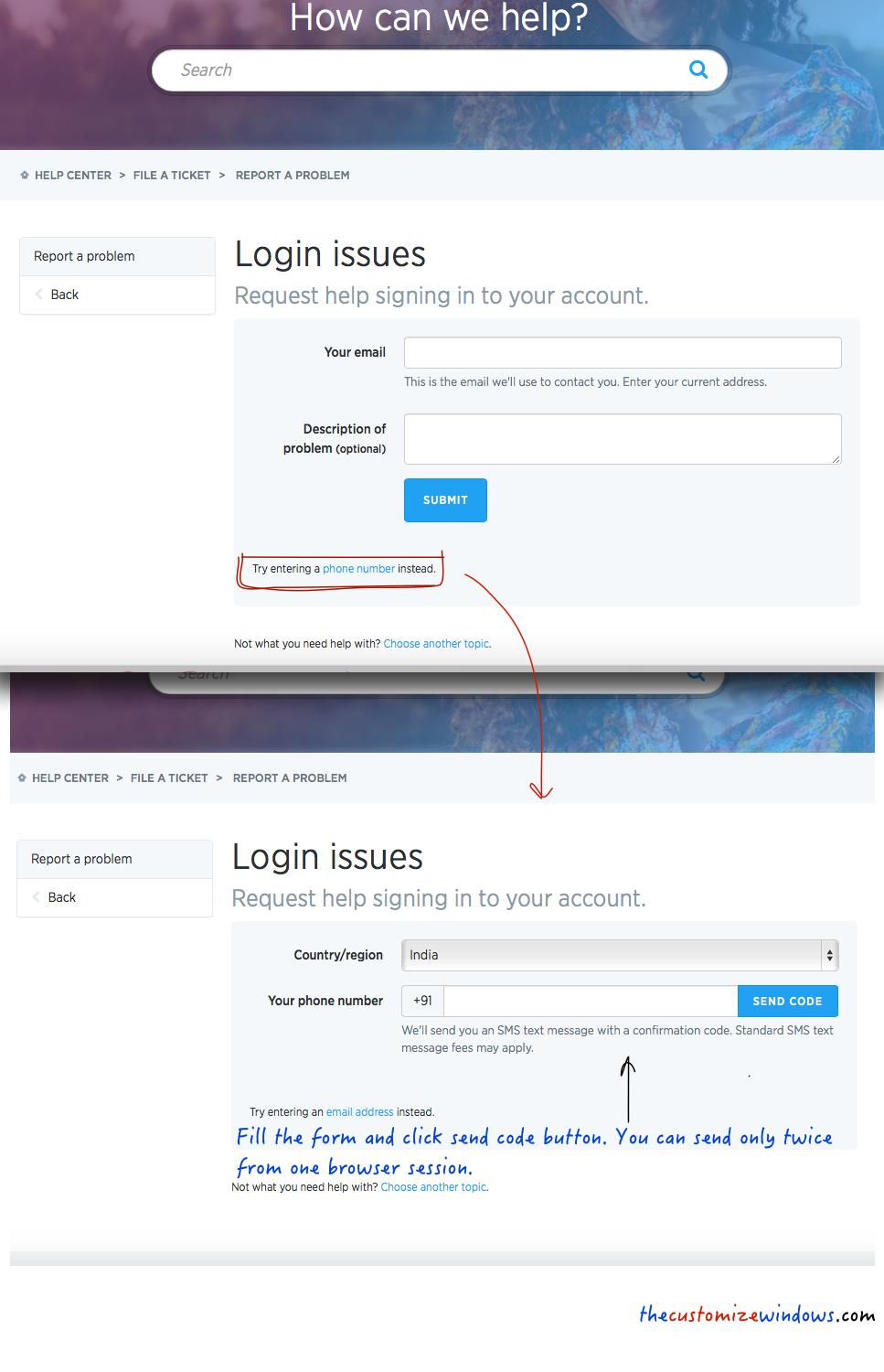 There is nothing more articles. You can contact support (obviously you’ll). They unlikely to reply more than sending automated emails.

If you have Twitter App with wider permission, it is not logically impossible to reset the two factor authentication to bypass verification via phone :

However we have not explored that option yet. For practical reason, for a serious account, you have to :

As Twitter is not doing grace by providing a free service, as last way, you can try to hire a certified white hacker. They possibly can gain access via Twitter App. Twitter has problems with security, that is the only way. If you try yourself, chance is towards getting the account banned, which is worser for sure. When the server is not yours, you have not much to do. As usually we say – Most of the American companies are actually bad.

This Article Has Been Shared 450 Times!