Nginx community edition was good for the past few years. Cheap OpenVZ Virtualization is a Reason to Prefer Apache Over Nginx For HTTP/2. Apache is a Free Software, Supports HTTP Push Like Features.. In few sentences, 5 years back Apache HTTPD was not favoured for costly server RAM, with time Free Software for reverse proxy has been well developed. For data security, data theft, Governmental mass surveillance; Apache is really safer. So before 2017, we abandoned support for Ubuntu and Nginx guides. 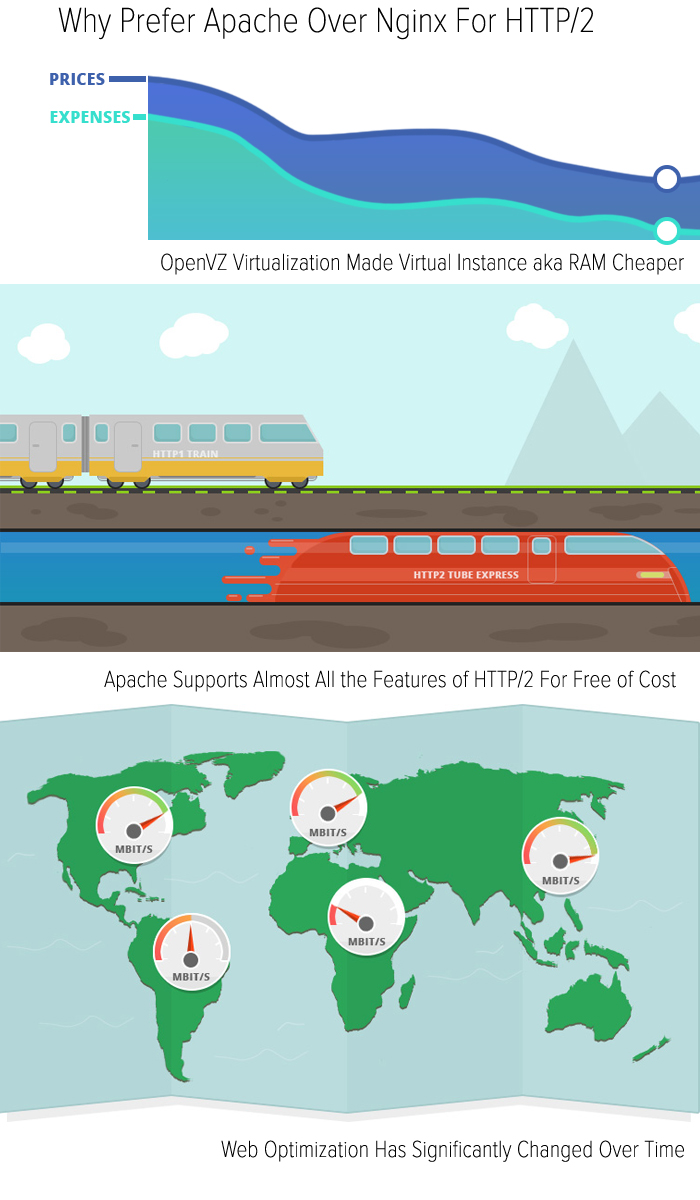 Nginx can not improve performance over Apache for WordPress, Drupal, Magento from various peoples benchmark testing and the reason is PHP and to some extent MySQL. Nginx can surpass Apache in terms of reqs/s with a given amount of RAM but that is only for the static content.

Prefer Apache Over Nginx For Warranted Seal of Free Software

Apache is a Free Software and a great example of good Free Softwares. The modules are easy to load, .htacess is easy to use even from backend. If Nginx paid version has a backdoor kept from our beloved NSA and other Governmental Data Thieves, then your HTTPS site is actually not secure. If you are not aware, Apache can be used as reverse proxy too. On a side note, the Let’s Encrypt project by the Internet Security Research Group (ISRG) took the pain and cost out of SSL certificates. HTTP/2 is really promising.

With these background things, how exactly Nginx community edition is great for HTTP/2? You can expect to develop or develop module for Apache to support QUIC Protocol (there is actually work by Apache). Amount of documentations of Apache on latest stuffs is great :

Nginx community edition is no away closer to deliver the advantages of HTTP/2.

This Article Has Been Shared 621 Times!