Specially Facebook made 360-Degree almost compelling but response to such itch is costly or just complicated to create. After Buying Leica M or DSLR, We Should Feel Like Miser. Here is How To On DIY 360-Degree Camera With DSLR, Rangefinder Camera With Existing Camera. A new gizmo will be another useless after few years. 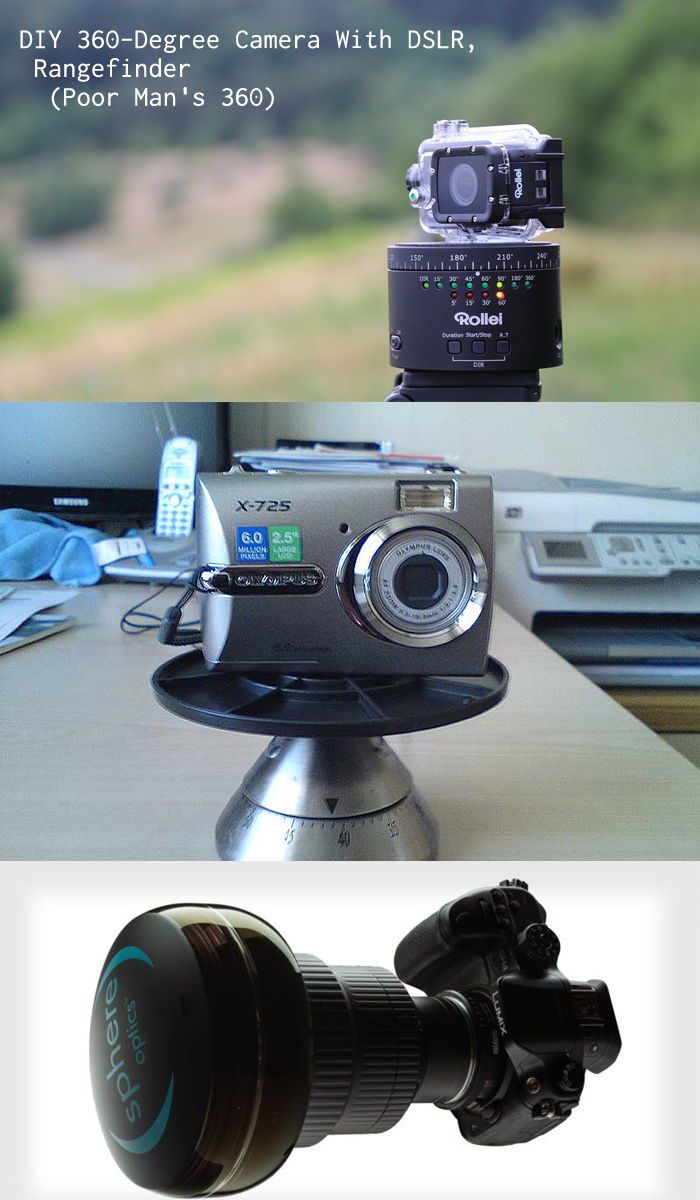 One camera can become many cameras with two ways – optically with many periscope like things and stop or moving the camera on a fixed base. Any sticking software or photoshop action should do the rest. Many miser friends like us already discovered kind of anti-Facebook camera promotion with day to day stuffs.

If there is competition of miser 360, many competitors for idea :

There is slightly costly way named Panoheads for shooting 360s. Output them as TIFF files after processing and you will need panorama software to stitch them together. PTGui and Autopano Pro, Hugin and Microsoft ICE are good options.

Nothing ready to use can beat a lens named Sphere Pro which has a Nikon F mount and can then be mounted to other mirrorless or DSLR cameras. The lens includes f/8 aperture, focus at 40 inches, full frame image circle, weighs near 2 KG. That thing is not exactly ready to buy right now. The company is a startup.

Another way exits – that is a motorised 360-Degree tripod head like that of Rollei ePano II 360.

Nothing yet found better than we have collected all this stuffs. It is more true – 360-Degree Camera is come and go trend, traditional 2D not replaceable as form of art work. Basically it is meaningless to invest a huge behind a costly 360-Degree Camera without much control on optics. We hope the readers enjoyed the various ways to match their need.