Previously we talked about Brotli compression in context of Nginx web server. Here is an all in one guide to install, configure Brotli on Apache, WordPress, W3TC running on Ubuntu 16.04 on dedicated server, cloud server instance. In order to follow this guide, you need SSH access and HTTPS/SSL/TLS to be active on your server/website. You can perform the steps on production server with running website with minimal downtime for restarting Apache an optional reboot. 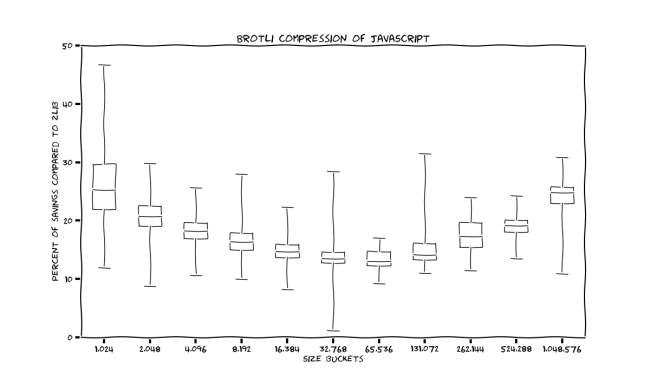 We need to install the module, setup, configure on Apache. For testing this guide we used latest Ubuntu 16.04 and Apache with all updates up to Jun 12, 2017. We install Apache from our mentioned ondrej’s repo in old guides and configure SSL in this method we described.

Then install the dependencies needed to build :

We will build Apache Brotli Module from this repo :

Change directory to anywhere on your server other than any public directory, /opt, /root all are suitable locations. Do these steps :

Now run these commands one by one, they’ll take some time :

At the end, you’ll receive this kind of message :

After the step of make, we run install command. Here we will run this command :

Make sure that you are in the above directory. Create the load file :

Next we need to create brotli.conf file with the following content, it is a generalised configuration, you can tweak later :

of course later you can add more types :

Now, if you go to test on some online tools like :

Alternative Ready To Use Solution

This is not exactly recommended way by quick. If you followed the above procedure, then the end, you got three files. Those three files you can download by clicking the below link :

If you wget from our site, uncompress it :

Thats it. Here is official documentation from Apache :

Now change directory to where your WordPress is installed, like /var/www/html :

and add this on the top of everything :

It is better to reboot :

And clear all W3TC cache. We selected CSS, Js. You should know which other files Brotli supports. The above is dynamic compression which occurs on-the-fly when the visitor opens a page. There is static compression, in which the assets are compressed on the disk before the user request. The above module does not provide the static compression function. Basically it is the static compression which is better. If your file was styles.css, it needs to be manually made to styles.css.br. These Google’s stuffs are not so good like old good things. You need to create a script or run command compress the most commonly requested files to brotli. There is a PHP extension available for Brotli :

On server, go to the location wp-content/themes/some.css and convert it to brotli. Never forget to delete on some change and again recreate. In this way, you are serving some static and some dynamic brotli compressed files. Brotli sources provide C, Java, and Python bindings. You can either use these bindings or just fork/exec the bro tool to directly compress files, they have Python tool but Google’s Python is odd :

How to easily of it and flush, that I will tell you in future guide. You can read Dropbox’s useful article which is far superior than that of Google’s docs: