Definitely you heard or saw or using some from of wireless electricity transmission. We have a basic technical article on wireless charging. This guide, Arduino wireless electricity transmission is a complete DIY, easy project with basic electronic components with circuit diagram and code. We talked about different types of copper wire, the needed wire is called winding wire. We will create need coil with that wire. You’ll get the wire which you’ll get in any electrical shop or inside some thrown away electrical stuff like AC LED bulb’s circuit or old small transformer.

First create two coils. This type of coils are called air core coils. Making coil for our purpose is very easy – find some round cylinder like thing of 2 inches diameter and wind the wire over it in a manner that each turn preferably does not rides the turn but remains as close as possible. Round cylinder like thing can be a PVC pipe. You may need to add adhesive tape at 2-3 places to keep the thing stable. Other things we need :

Here is the circuit diagram. Fritzing had no bridge diode, I aded two diodes for illustration, also you’ll need resistor for LED : 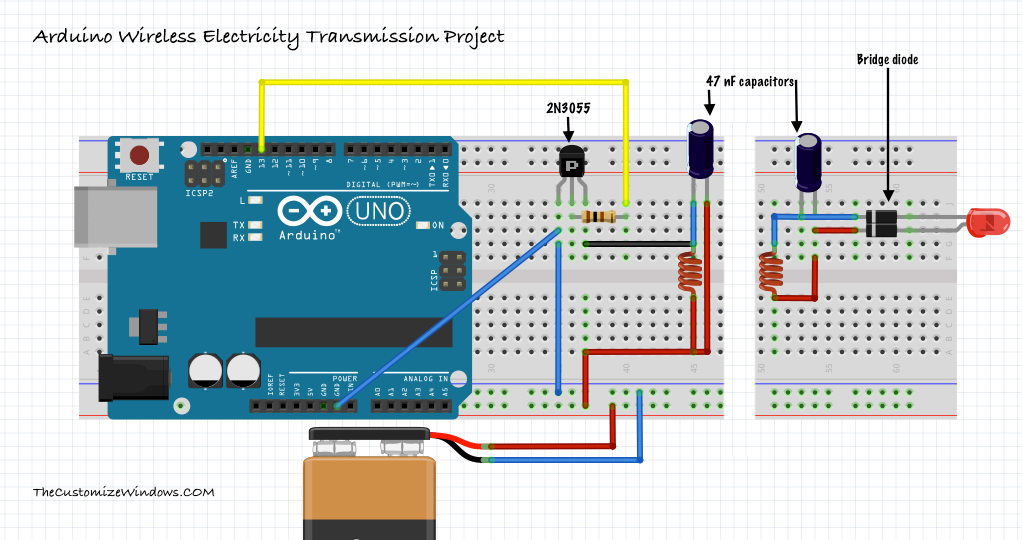 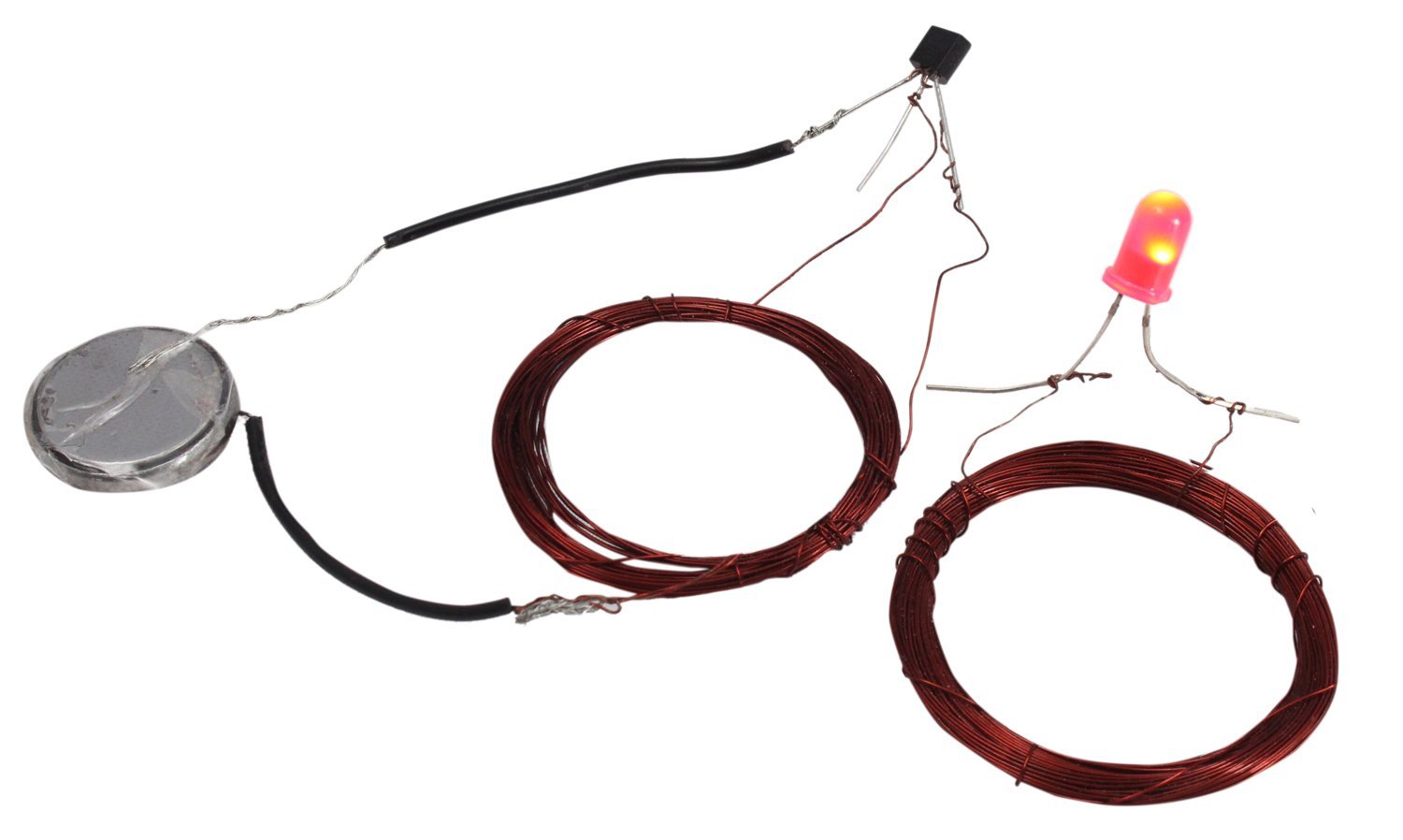 Using bride rectifier, resistor and capacitors in our Arduino project is for making it technically correct.