Advertisement
You are here: Home » How To Play MP3 On Arduino With No Shield, No SD Card
Advertisement

It is a suggested guide to try for learning the basic and understand which components needed for which work. Electronic components are essentially cheap and not everyone on this earth has huge money to spend to learn electronics. Here is how to play MP3 on Arduino with no shield, no SD card at lower bit rate for few seconds. What normally used for projects like our Arduino door bell is a buzzer. In this project, it is better to have a small speaker instead of a buzzer. Buzzer can deliver unexpected result. Basically an Arduino UNO is not really to play sound with a 16mhz microcontroller power to process and play sound at 64kbit or higher bit rate per second rate. Space on the microcontroller is also not huge, hardly around 64kb space will be available for a MP3. 0.5Watt 8 Ohm speakers are good enough. Any speaker actually works.

How To Play MP3 On Arduino With No Shield, No SD Card

So, in order to play MP3, at software part we need to decrease the bit rate of MP3 to lower value 8kbit. Also, we will need to install an Arduino library :

Install that into your libraries. Then we need some application like Audacity which will make any Stereo Track to Mono, change the Bit Rate to 8000hz and export the File as “Other uncompressed files” (in case of Audacity change the settings to RAW (header-less) and Unsigned 8-bit PCM then export). This way, you’ll get a .raw file.

In our downloaded avr-sound library there other tools like a python application named snd2h.py. We need to process that .raw audio file with that python application from command line tool in the following format to convert it into a .h file (which we will be able to upload via Arduino IDE in later stage) :

We will use this kind of sketch/code to upload that Audio :

As for hardware, with few resistors, a small speaker and an NPN transistor, we can create a basic circuit : 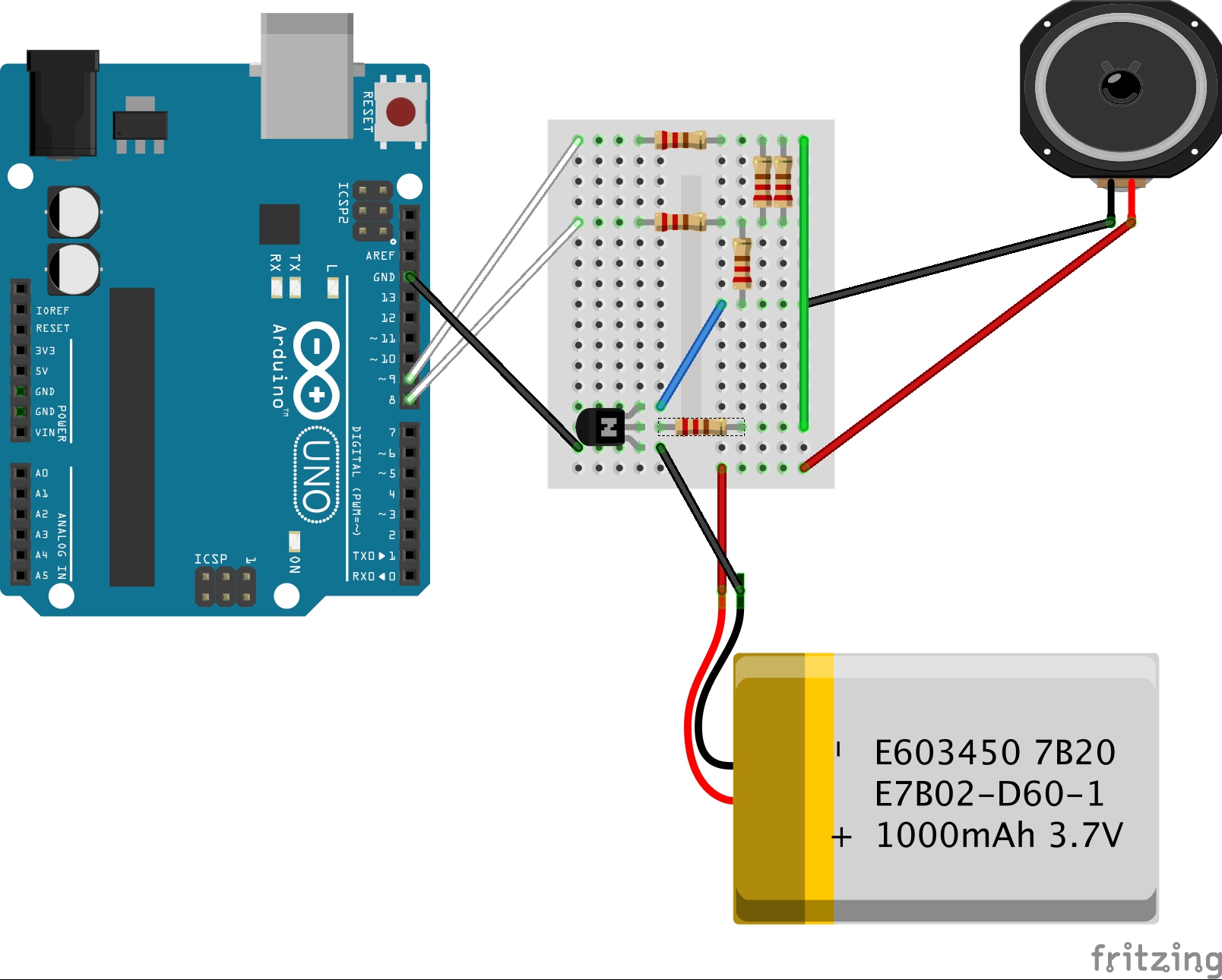 This Article Has Been Shared 674 Times!

Articles Related to How To Play MP3 On Arduino With No Shield, No SD Card

Cite this article as: Abhishek Ghosh, "How To Play MP3 On Arduino With No Shield, No SD Card," in The Customize Windows, October 14, 2017, November 27, 2022, https://thecustomizewindows.com/2017/10/how-to-play-mp3-on-arduino-with-no-shield-no-sd-card/.
Source:The Customize Windows, JiMA.in