In previous series of guides we configured Microsoft Visual Studio Code for common things like Arduino, WordPress development and debugging. In this guide we will discuss how to setup Visual Studio Code For IBM API and Bluemix on Mac. We will integrate CloudFoundry, Bluemix CLI and IBM Developer CLI. There are additional plugins for Microsoft Visual Studio Code which are useful for many Big Data related works, like an extension for OpenWhisk. We can actually install many of those softwares like Apache OpenWhisk on-premise. So the setup actually not fully IBM-only. IBM Data Science Experience Desktop is a separate matter and we will not discuss here.

First you need to have Bluemix CLI and IBM Developer CLI plugin installed :

In case you have not installed both Bluemix CLI and IBM Developer CLI plugin, then you can install from iTerm2 in this way :

The above scripts will install dependencies including Bluemix CLI, Kubernetes, Helm, and Docker. You’ll get output like this : 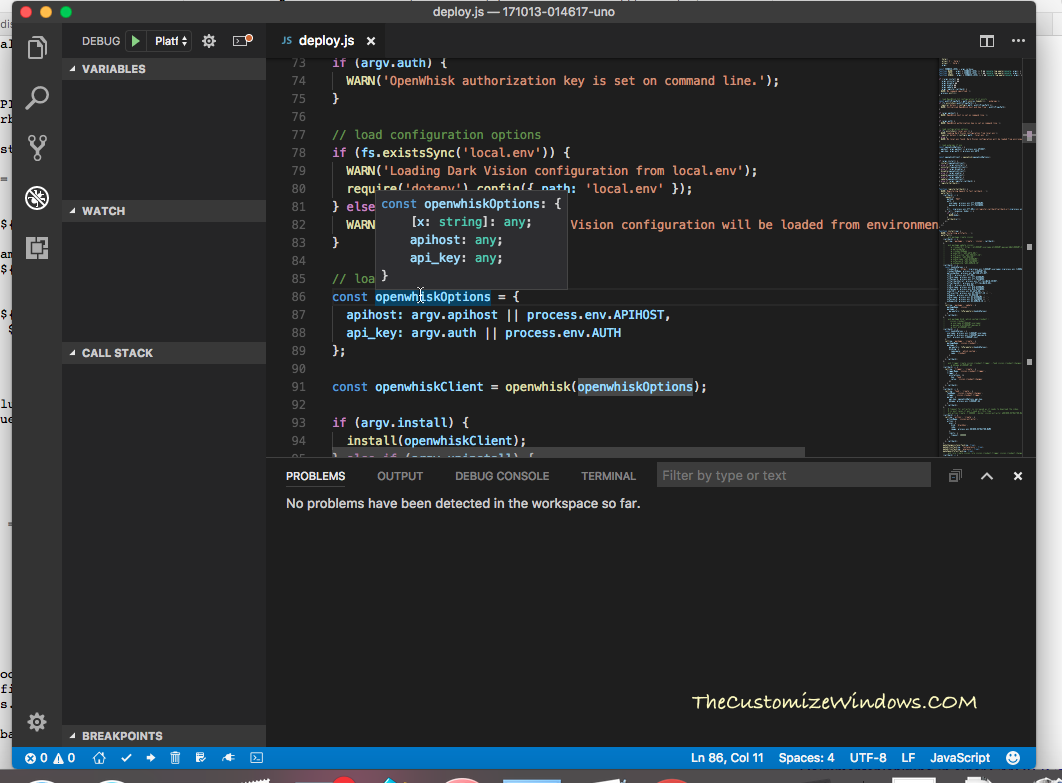 In the above image you can see OpenWhisk extension in action. There is not much work on .zshrc file as the script does most of the works and essentially these extensions are not debuggers. The major advantage is some extra functions which otherwise not available via other extensions.