We will not use the official Arduino extension, although in our previous guides we installed that for various reasons. Instead, we will install an extension named PlatformIO :

Advantage of this PlatformIO is zero manual configuration. It is really easy to setup. Official Arduino extension is not exactly easy or great or has Usood amount of documentations to setup than it is “promoted”. We will simply open Visual Studio Code extension manager, search for official platformio-ide extension and install PlatformIO IDE. It will take good amount of time to install the extra needed components.

Although PlatformIO says that it is an IDE, it really is a plugin for the open source Atom editor. Rest after installation is just easy and matter of getting used with GUI based wizard to setup :

In order to use official Arduino extension or something like that, the common method is to open Arduino IDE, go to Preferences, tick Use external editor option (which will make the Arduino IDE have a grey background). 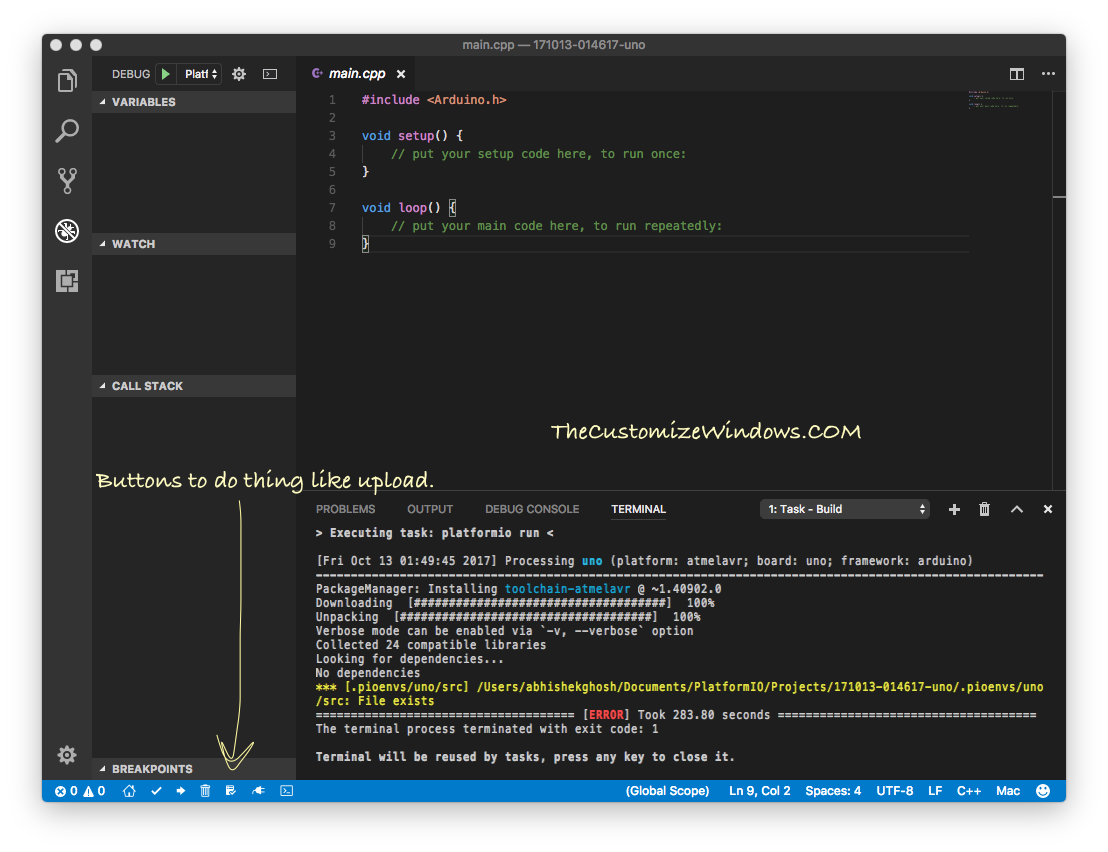 This Article Has Been Shared 727 Times!