Whether to install iTunes and use it is quite a tough question for a lot of Windows users. Not every Windows user clearly understands which music software is better to have at home. The Internet is overwhelmed with reviews of WinAmp, iTunes and MusicBee by their fans. Different people provide different arguments why this or that program is better, but in the end, everything is just about a typical battle between Windows and Mac. That is why we have decided to look at this problem from a different point of view. We want to view iTunes as a music software rather than Apple music program. But, the main question remains the same. Is there any point to download iTunes for Windows 10 if you already have a music program installed by default? Should you install iTunes for Windows? 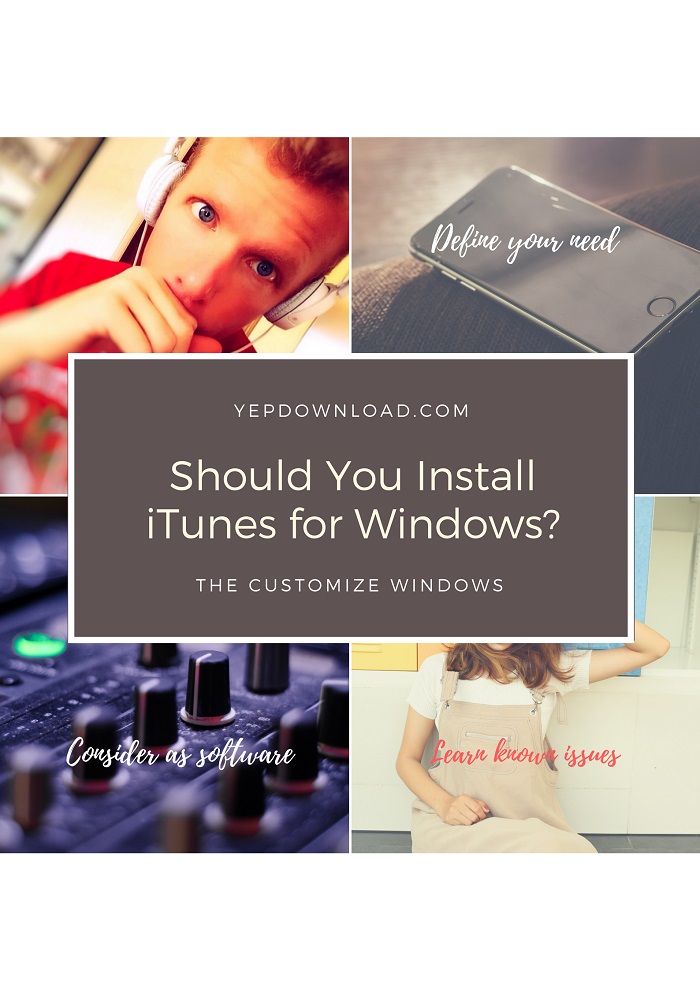 Should You Install iTunes for Windows? 5 Reasons You Need to Know

We possibly can recommend you as a Windows user to have iTunes on your PC at least as an additional music program simply because iTunes has a portable application as well (it does not need installation).

Latest iTunes is not a simple software to listen to your favorite songs. This program differs from any other one by a unique combination of a user-friendly interface and a bunch of cool features packed in the simple, at the first sight, program. The following list consists of the basic features which you will get as any other iTunes user. To make it easier to figure everything out a little bit faster, get iTunes download files, you can install or run the program to test.

Let us see what iTunes offers us.

Generally speaking, iTunes may seem to be a confused system for those who prefer Android over iOS and Windows over Mac. iTunes simply from MacOS X and iOS world. But we can not deny that this system is one of the most convenient to many users of other platforms now. And iTunes free download files are very easy to find, download, and install for any Internet user.

And, there is official iTunes portal. Below, we have given example of country specific webpages of iTunes :

Brief History of iTunes for Windows

If the matter was completely issue free, smooth like butter then neither we would have this webpage, nor Apple would have :

iTunes also has earned a reputation as a pain delivering piece of software. It was awarded for worst software in many important sites. Not much has changed up to iTunes 12. iTunes has a tendency to stay resident in memory (you may need a reboot). Do not forget to disable iTunes Helper from start up items in Windows 10.

Conclusion on Installing iTunes on Windows

It is clear that iTunes have some distinct features to offer which attracts the users of various computing devices regardless of the operating system since the year 2001. However, iTunes for Windows has some known to deliver post installation issues to some of the users. As the issues usually not to the extent to damage other data or function of computer, an user may test iTunes.

Articles Related to Should You Install iTunes for Windows?