Advertisement
You are here: Home » Difference Between Analog and Digital Pins in Arduino UNO
Advertisement

You definitely noticed that, for the same sensor, in some project we use Analog pin, but in some other project we use Digital pin. The analog pins on the Arduino can be used as digital outputs. There is another word or phrase – PWM. Pulse Width Modulation (PWM) is a method for getting analog results by digital means, like fading LED. Let us Discuss the Difference Between Analog and Digital Pins in Arduino UNO. You will get documentation of Arduino pin outs on official site :

Difference Between Analog and Digital Pins in Arduino UNO

digitalRead() works on all pins on Arduino UNO. digitalRead() will simply round the analog value received and present it to you. digitalWrite() has allowed parameter 0 or 1. analogRead() works only with analog pins. It can accept any value between 0 and 1023. The analog pins let you read/write analog values – basically, instead of giving out a voltage of 0 or 5 (that is for digital pins), analog pins can give a range of voltages between 0 and 5, we can measure that output with a multimeter. Analog pins actually send pulses of 0V and 5V signals to get an output that feels analog (that is PWM). PWM is like pseudo-analog signal.

So when we need 0 or 1 as response, using digitalRead() is practical. Whereas, to read sensor values, analogRead() is practical. analogWrite() works on all analog pins and all digital PWM pins. You can supply it any value between 0 and 255. Taking pin A1 as example, if analogRead(A1) is greater than or equal to 512, then digitalRead(A1) will be 1, otherwise it will be 0. digitalWrite(A0,0) is the same as analogWrite(A0,0), and digitalWrite(A0,1) is the same as analogWrite(A0,255). So, digitalRead() will return HIGH or LOW. analogRead() will returns any number from 0-1023. 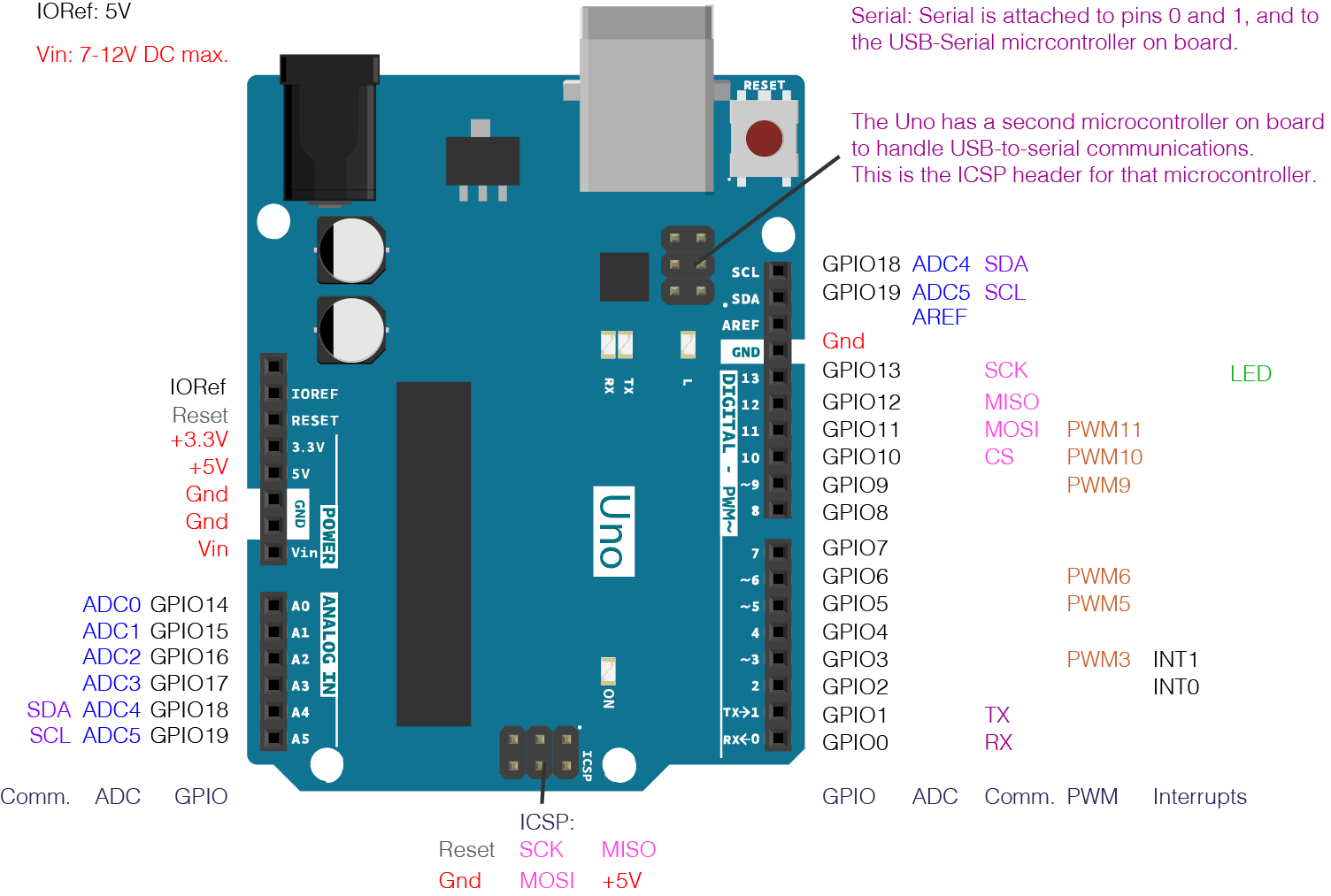 Analogue reads are usually very slow, but fairly precise. Pin A0-A5 are labelled Analog IN. This is primarily because these pins are used as input pins. They take inputs in the form of Analog signals, and return values between 0 and 1023. Arduino UNO has a 10 bit Analog to Digital converter to do that job.

This Article Has Been Shared 542 Times!

Cite this article as: Abhishek Ghosh, "Difference Between Analog and Digital Pins in Arduino UNO," in The Customize Windows, May 10, 2018, February 1, 2023, https://thecustomizewindows.com/2018/05/difference-between-analog-and-digital-pins-in-arduino-uno/.
Source:The Customize Windows, JiMA.in