Advertisement
You are here: Home » Blink LED and Beep Every 1 Second With Arduino
Advertisement

Previously we have shown beep with key press and LED lightening up and projects like Arduino Traffic Light, Arduino TM1637 with RTC. Here is How To Blink LED and Beep Every 1 Second With Arduino. We Will Discuss Many Ways To Achieve The Goal Including Using RTC. Arduino has many ways to count time. Easiest we know is usage in the way we Blink a LED as basic example.

Blink LED and Beep Every 1 Second With Arduino

With this kind of code :

Circuit basically only connecting the buzzer’s (+) ve pin with 8th pin on Arduino and (-) ve pin with Arduino’s GND. 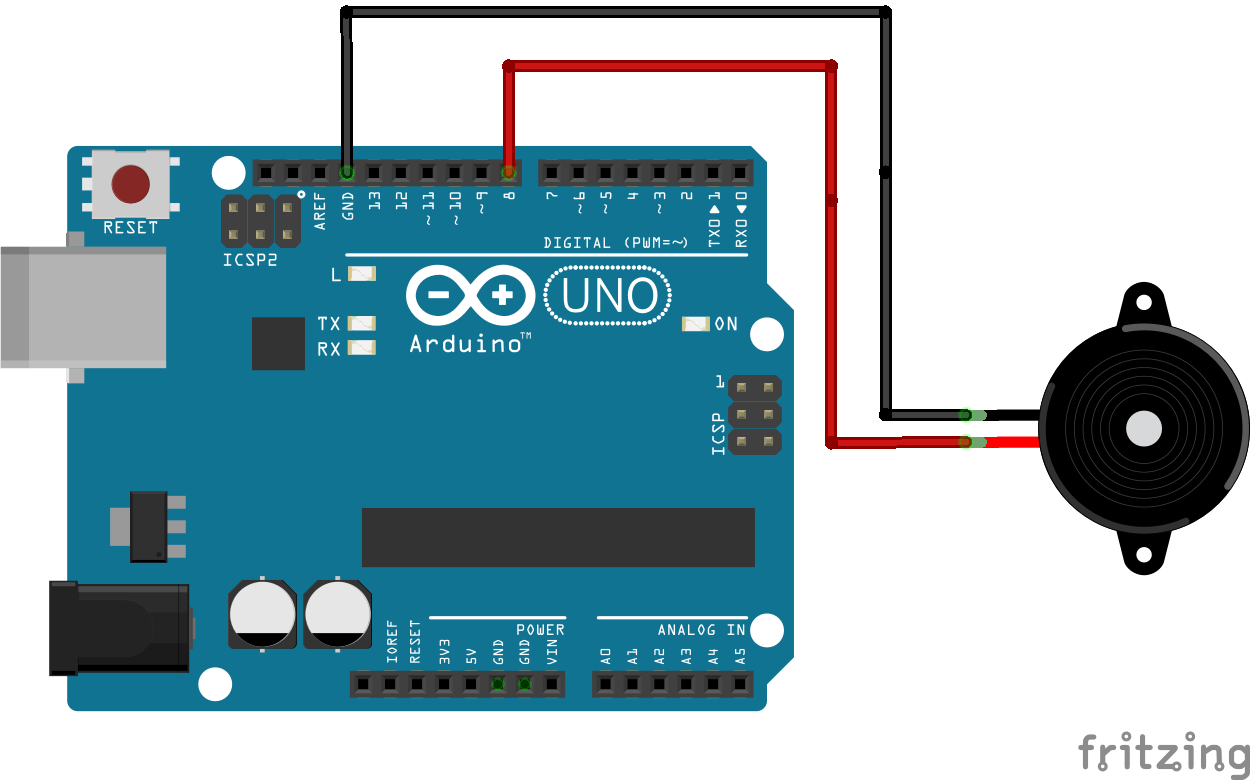 We can actually improve the code in the way we made Piano with Arduino.

We can use this kind of way to code :

As for using Real Time Clock, when the RTC chip loses power (when battery is down) it will give time as 0:0:0 and it will not count seconds (its stopped). We actually need to set the time to kick start the clock ticking. So basic catch in using a RTC is a need of basic setup. Of course, you can modify our Making a Digital Clock project and instead of 7 segment LED display’s second part, beep the buzzer.

What is the usage of such time based beep? It is basic of many operations, for example to keep time noticing while a work done at home like before going outside. We can set the beep to occur every minute or every 30 minutes. Also, we can activate a servo motor or switch on electrical devices in conjunction of using some kind of relay module.

These basic projects, although may appear childish, is helpful to create your own libraries like an example shown above from Arduino Playground.

Tagged With Beep подключение ардуиноо , Blinking of led with simultaneous beep of buzzer , led with beep module , MANY VOID LOOPS WITH ARDUINO

This Article Has Been Shared 754 Times!