Cloud computing has become established. Especially large companies rely on the cloud. Many of the local businesses uses cloud computing services. Although, from analytic point of view, compared to previous years, the proportion of cloud users stagnated. Cloud computing helps organizations of all sizes master the challenges of digital transformation. Whether it’s a microenterprise or a large corporation – cloud computing has become widely accepted. Many Users Complain About Malfunctions and Failures. Here is an Article on Cloud Computing Service Failures and Disruptions.

After deployment in cloud, three out of four public cloud users indicate an improvement in location-independent access to their IT. Two-thirds see faster scalability of their own resources. For half thinks that the security of their data (from hackers) has improved through the public cloud. One out of every five companies indicates that the administrative burden has decreased or IT costs have been decreased.

However, there is still skepticism about public cloud offers. For example, about a quarter of public cloud users complain that security incidents have occurred in their cloud solutions over the past 12 months. For another 21 percent had such a suspicion. For businesses, security is critical when using applications in the public cloud.

At this point, many analysts see the cloud providers in the obligation. Concern about data security is also a major reason why some of the economy is not yet banking on the public cloud. Almost two-thirds of non-users fear unauthorized access to sensitive corporate data. More than half worry about data being lost in the cloud. Every second non-user suspects an unclear legal situation. However, the bottom line is that the skepticism about the cloud is easing somewhat in the companies, is that the cloud providers have done a good job of educating and gaining in trust. 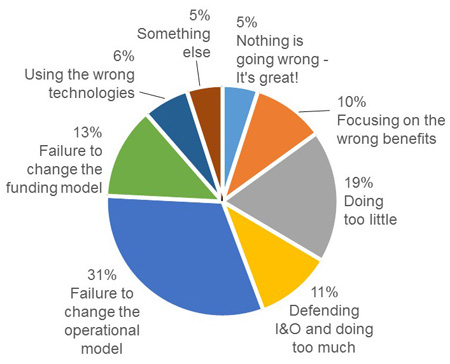 However, the cloud providers will have to work hard not to squander this laboriously earned trust right back. Because the continuous availability of cloud services is crucial for commercial customers. In the past, however, many companies would have had to complain about downtime. Overall, seven out of ten cloud users were temporarily unable to access their cloud solutions.

Most frequently, technical issues were responsible for the cloud provider. For every fourth company, technical problems in internal IT were the reason, for every third company a lack of network connectivity. Not even one third of the cloud users surveyed were completely spared losses in the previous year.

This Article Has Been Shared 577 Times!