The New Models From IBM Can Fit into 19-inch Racks Efficient For Building New Generation Cloud Infrastructure. IBM has unveiled two new models from its current z14 mainframe line, released last year. IBM Continues Mainframe Making Them Smaller in Scale Like We Predicted Before. The most striking feature of these new is their small size. These compact models z14 ZR1 and LinuxONE Rockhopper II were completely redesigned according to IBM specifications and now fit in standard industrial racks of 19-inch format. This would allow better integrate into private cloud environments. The reduction in size has led to a number of changes in other parts, such as the power supply. As a result, the new mainframe design results in 40 percent less data center space. 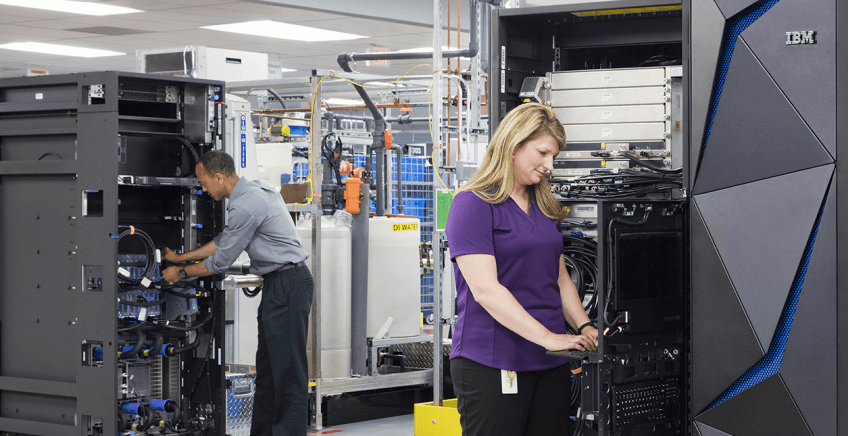 Especially in terms of security, the mainframe computers convince more. IBM is also integrating its secure service container technology into its compact versions. With the help of this technology, secure logical partitions should be set up in the mainframes. In addition, all data within these partitions will be encrypted. IBM also emphasizes that the data does not need to be decrypted to process it. ZR1 and Rockhopper could handle more than 850 million fully encrypted transactions per day on a single system, IBM said in an official announcement of the new systems. That would be just under 10,000 encrypted transactions per second.

The applications do not have to be re-written to use the security features. Software developers are not forced to create proprietary dependencies in their code to take advantage of these advanced security features. According to IBM , an application must only be inserted into a Docker container in order to be able to deploy it in a secure service container. The application can also be managed using standard Docker and Kubernetes tools.

IBM continues to believe in the future of the mainframe. For example, 87 percent of all credit card transactions and nearly eight trillion payments per year would be handled on mainframes. Digital transformation and cloud use are accelerating, and they are developing these new cloud-ready systems with our customers for their needs, giving them more options, more focus the digital transformation on-premise and in hybrid cloud environments.