This guide is mainly for learning how to program with Arduino. Common Example of Arduino is To One LED. We Can Make Arduino To Blink Two LEDs Alternatively in Various Ways of Coding. Minor alteration of need does need some changes of logical way of thought. It is important for the beginners to read blinking LED with 555 IC. We could blink two LEDs alternatively using 555 IC. We are blinking two LEDs alternatively with Arduino for the sake of learning coding way.

How To Blink Two LEDs Alternatively With Arduino

The connection/circuit diagram is quite easy : 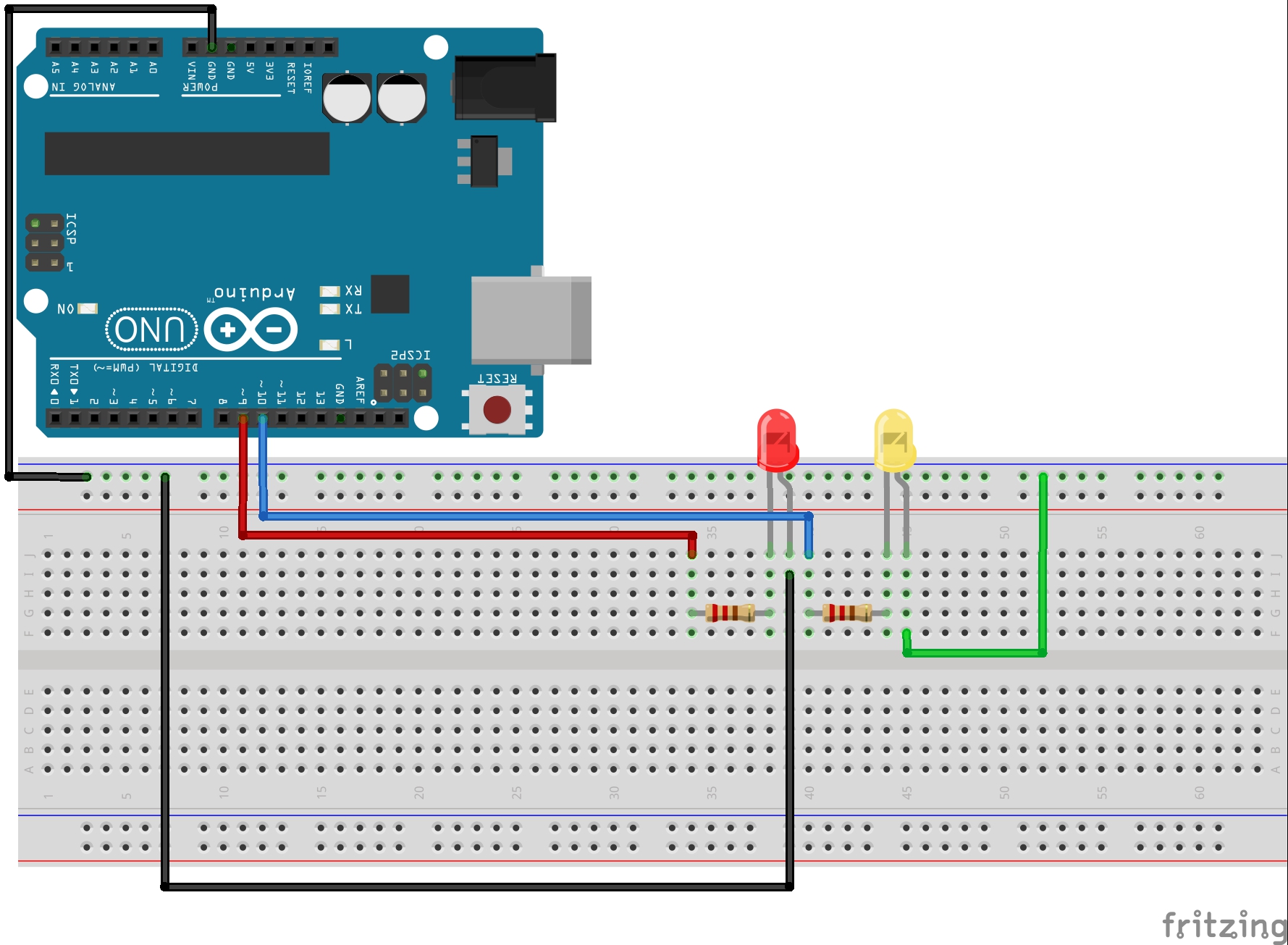 As you can see, you just need an Arduino UNO (or equivalent), two LEDs, some jumper wires, a breadboard and two resistors of values like 220 Ohm or 330 Ohm. If we have connected two LEDs to Pin 13 and Pin 11 of Arduino, then we can write a code :

The above is easiest possible code. Simply in one cycle one LED is ON while another is OFF, in another cycle the matter is exactly opposite – LED which was ON will be OFF and LED which was OFF will be ON. We can re-write the code as :

If you notice the above code, we simply copy-pasted one part from first code three times :

There is a thing which is known as for loop a for loop which will repeat an event, or a group of commands, or lines of code a specified number of times in easy way rather than copy-pasting like above, j is a variable like x, y in algebra :

First j was one. Next j became less than equal to 3. Then j became one value more than the previous value. We can modify the code as :

OR we can write it in this way :

That is all about alternatively blinking LED with Arduino.