Advertisement
You are here: Home » How To Install Apache Maven on Ubuntu Server
Advertisement

Apache Maven is a Build Automation Tool. Alternative technologies is Gradle and sbt as build tools. We published guide on how to install Gradle. Maven needs XML file to build. Gradle and sbt do not rely on XML, but basic concept is like Maven introduced. Maven Needed For Many Big Data Software. Here Are the Steps on How To Install Apache Maven on Ubuntu Server. Maven takes care of two aspects of building software – describing how the software is built and its dependencies. Apache Ant is older and only exceptions need to be written down. Apache Ivy is next step of Apache Ant, Apache Maven, Gradle with dedicated dependency manager and support for Maven repositories. Still we need Maven instead of Ivy for many reasons. Maven projects are configured using a Project Object Model (POM), stored in a pom.xml file like this : 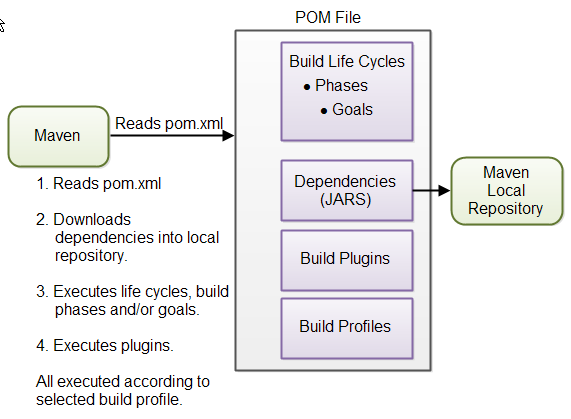 Add the ‘webupd8team’ PPA repository to the server :

Install the Java 8 installer from the PPA repository :

Accept the Oracle License by choosing the ‘YES’ button. Check the java version :

Download latest Apache Maven binary code. We are using /opt/apache-maven directory as the Maven home directory and Maben 3.5.3 as example.

Go to the /etc/profile.d directory and create a new configuration file maven.sh :

Save the changes and exit. Run the next needed commands :

To verify the maven installation, we can run the following Maven commands :

You will get official help, documentations at :

Articles Related to How To Install Apache Maven on Ubuntu Server